Thankful Just to be Moving 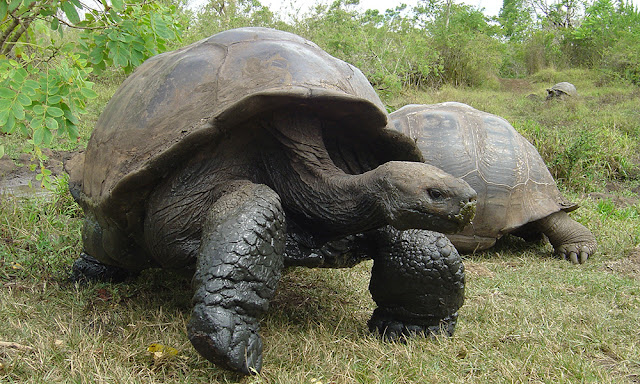 I've been off my game more than usual the last couple of weeks, so last week I put out a podcast, but no blog. this week it will be a blog, but no podcast.

Since being down is part of life with chronic illness, I know there doesn't need to be a reason. but I think there are a couple of contributing factors. First, we seem to be genuinely moving into winter. There is just enough snow outside to stick right now, but snow is forecast for most days of next week. We've had rain storms blowing in and out preceding this storm.  Unsettled weather always unsettles my joints.

Also, there is Youngest's work schedule. He's had a few very late nights each of the last few weeks. I often don't sleep until almost 3 AM anyway, but not sleeping in my bed is much more restful than not sleeping in my car. Now that the dreaded Black Friday has come and gone, his hours are down to far fewer and I only have one late one next week, so I should just have weather to blame a week from now. 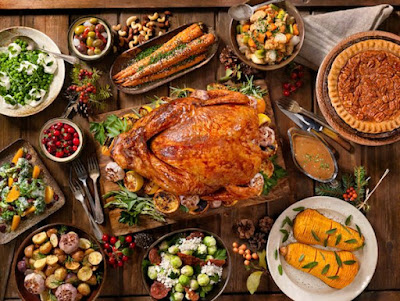 Our Thanksgiving was lovely. My mother-in-law does a beautiful job with the traditional Thanksgiving dishes and insists on making all of them, so there was nothing to do but show up and enjoy the company.

Only one set of nieces were there this year. Since they didn't have cousins to talk to, they were at the adult table talking to us. These girls are getting to the fun age of late elementary and middle school, so we could talk about pets and wild animals and share pictures on our phones. Hopefully we'll catch the other set of nieces on their own soon too so we can make similar connections. 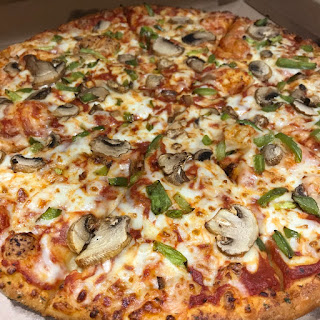 Since I apparently looked like I was falling apart (Accurate: I was in bad shape before we arrived.), Husband bundled me home before I could try to self-medicate with more than one piece of pie, so we even avoided gluttony. I remember  childhood with multiple servings of turkey and dressing, but can't even imagine that now. Finishing one plate full of a little of everything is quite enough.

Tonight my extended family has a pizza get-together so we can see each other and visit, but no one has to deal with another feast. I'm looking forward to the get-together, but am still not feeling terrific, so this week's blog will be short.

THE PODCAST last week was about imagining what would be different if you were queen, then preparing in case you suddenly were. It's a fanciful poem that I got a kick out of. 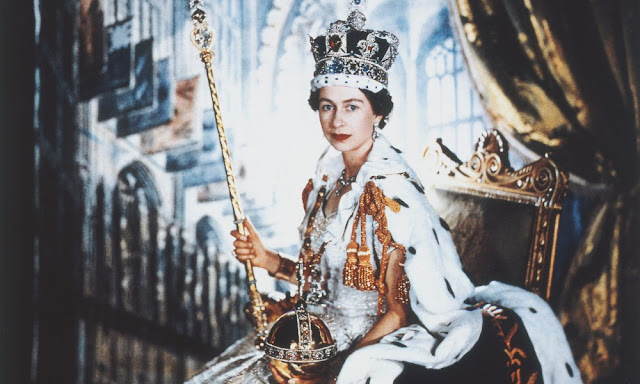 THE KNITTING is quite extensive, but I'm not up for taking pictures today. I need to nap before the party. I'll try to catch up for next week.
Posted by Unknown at 1:56 PM 1 comment:

Shakespeare, Exotic Beasts, and a Big Knife: A Week of Distractions 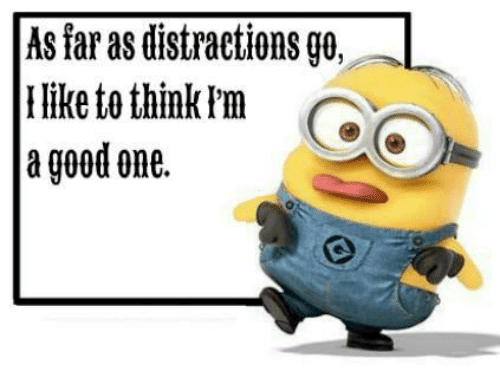 Husband's job search is ongoing. An offer from another branch of his present company is on hold and awaiting judgement at the Vice President level over whether or not the company allows distant workers. Four paychecks until layoffs. Needless to say, our creeping panic-attack continues and I need multiple distractions to avoid my default position of sleeping until things get better.

The Shakespearean distraction was bitter-sweet--the first time I could really say I missed teaching.

I left my job feeling bitter. I  gave 24 years of love, energy, and creativity to the school district, and they were unwilling to accommodate me when that energy was spent. We were mutually finished with each other.

Last night I watched my nephew perform scenes from Shakespeare with his middle school drama class. Despite years of work in speech therapy he has embraced drama full-heartedly. Nephew performed bravely and well.

I often catch this nephew smirking at the same jokes I do. We share a sense of humor. Apparently part of his enjoyment of drama this year is that he get's Shakespeare's jokes and finds the passages they are performing hilarious. I do too.

Hilarious and heartwarming. What I liked best about teaching was watching adolescents grow. Seeing kids build courage and explore their talents was the privilege that made my job worthwhile. This wasn't my school. Except for my nephew, these weren't my kids, but I felt like they were. 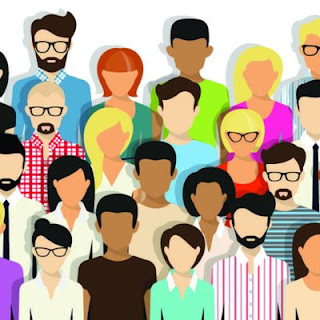 The diversity made me homesick too. This school shares a similar population to mine, so families come from all over the world.

Even the very white families are quite, um, "diverse." The family behind us consisted of a heavy man with a beard and a top hat, a heavy woman with tattoos, a tank top, and a blonde buzz cut. Their children ran amok throughout the production. It reminded me of parent-teacher conferences.

In contrast, the exotic beasts are tamer than advertised because I am only dealing with their outer edges. I found two bags of alpaca hair in my cupboard. I am carding it in preparation for spinning and eventually dyeing.

I also ordered undyed cashmere yarn from Renaissance Yarns. I hand painted it, which means I soaked it in water and vinegar, placed in on a cookie sheet, dripped color all over it, then baked it for an hour. After rinsing and drying, it looks like this.

My first plan was to knit something lacy, but I quickly realized that without silk for strength or wool for stretch, cashmere is pretty fragile, so I am knitting a more solid scarf that is deliciously soft and will eventually end up in my shop. 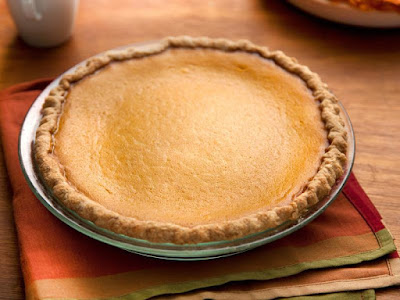 The big knife was used to butcher a pumpkin. My second batch of pies are baking as we speak. Making pumpkin pie from scratch is a multiple day process for me because chopping up and baking a pumpkin is enough to kill me for one day . Running it all through the blender wipes out a second. Turning it into pies is the easy part after that. Especially since I use ready-made frozen pie crusts.

Whether the $16 I saved by using my own pumpkin is worth my labor was debatable back when my labor was worth something, but now that we are trying to save money, it probably is. My parents swear to the superiority of winter squash in pumpkin dishes, so I may well butcher one of those next week. 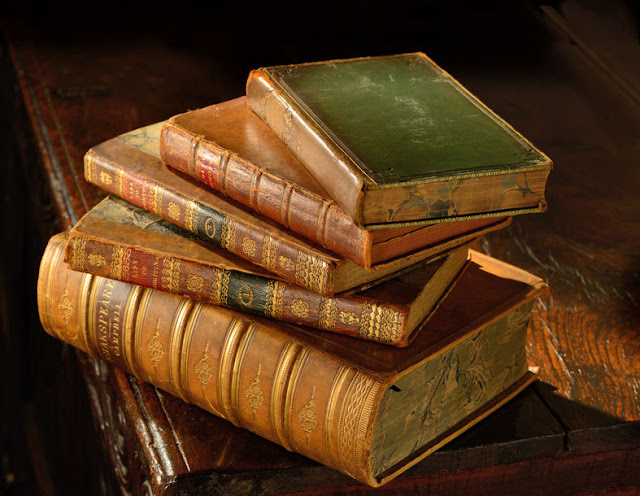 THE PODCAST is about reading. I had to skip over a couple of decent love poems because they are focused on an unknown, ideal person and annoy me. Love in the abstract isn't the real thing. But Emily knows about reading, especially reading old books, so I shared her poem called, "A precious—mouldering pleasure—’tis—." (Even though  she had not planned to publish, Dickinson could have made life better for future readers by creating titles.)

THE KNITTING has been quite productive. I've finished knitting two scarves, but still need to do the proper finishing work before taking good pictures and posting them in my shop. 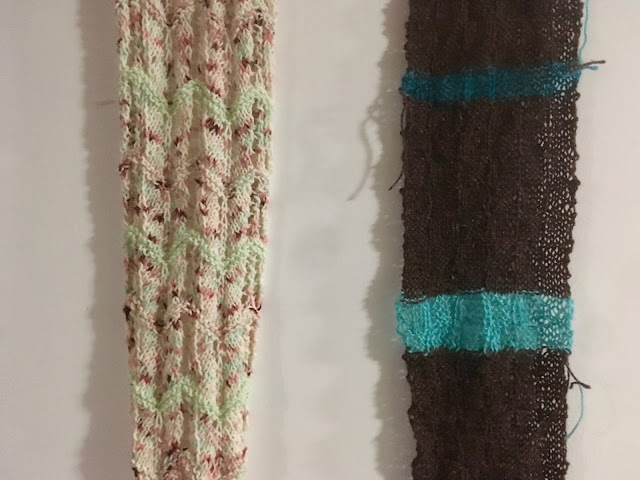 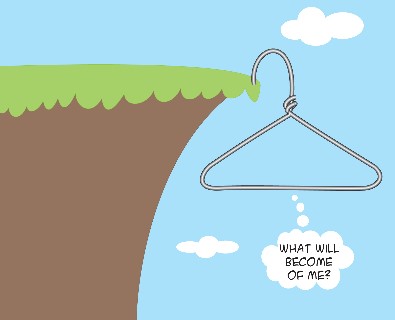 I hate reading cliffhangers. In fact, I prefer to buy a whole series at once to make sure I don't have to deal with cliffhangers.

That doesn't always work. Sometimes the hype is too great, and sometimes I get lured in, not knowing I will be waiting in suspense for a year while an author does his/her job.

One of my most tense experiences was with Phillip Pullman. I started reading The Golden Compass, because a student of mine was reading it and her weekly reading journal was so wacky, I had to find out if she really was understanding the book. (She was.) After that, I had to suffer waiting first for The Subtle Knife and then The Amber Spyglass.

I really appreciate J.K Rowling for ending each Harry Potter book with a sense of completion. The reader knows more trouble awaits, but nobody is in immediate peril at the end of a book. 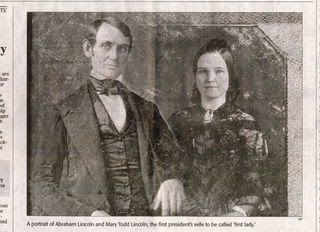 Of course, suspense and  a feeling of longing to get back into the world of a book was not what I expected from a non-fiction series about politics before the Civil War.

I've recently read A Self Made Man and Wrestling with His Angel by Sidney Blumenthal. He is writing a series of books about the life of Abraham Lincoln and his development as a person and politician.

The books are compelling and complicated. Blumenthal's goal is to explain the entire political life of the nation in the fifty years leading up to the Civil War. The second book ended in the 1850s at the birth of the Republican Party and during a time when Lincoln is doing well as a lawyer and as a supporter of others' campaigns, but is frustrated in his own political ambitions. 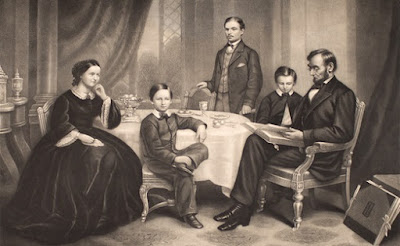 I only have two issues with the book so far.

The first is probably my problem. I am really struggling to juggle all the names, so many names, so many old white men. (Not that my own politics are leaking into my reading.) I know my brain is absorbing less than half of what is available. Maybe a young adult version of the series will be written some day so I can read again and review.

The other criticism is more legitimate. There is a whole chapter about the Mormon War" in Illinois because both political parties (Democrat and Whig at the time) competed for the Mormon vote and all politicians had opinions about and positions on these strange people who were becoming a large chunk of the new state's population.

As he does with every other issue, Blumenthal gives a ton of background information, in this case about Joseph Smith, founder of the Church of Jesus Christ of Latter Day Saints. Unfortunately, I think he only used sources negative toward Joseph Smith. There were weird things going on back then,  polygamy chief among them. Our prophet was young, poor, and usually figuring things out as he went along. Some criticism is certainly warranted, but the negative and perhaps even angry tone that came through in that chapter seemed excessive to me. At very least, Joseph Smith should not be presented as a greater villain than John Calhoun and Jefferson Davis.

After this chapter, I will take the author's opinions with a little more salt than I would have previously, but I won't stop reading.

I am anxious to see how Lincoln moves from somewhat obscure political operative to the presidency.
Unfortunately, the next book won't be available until July.

Don't tell me how the story ends. 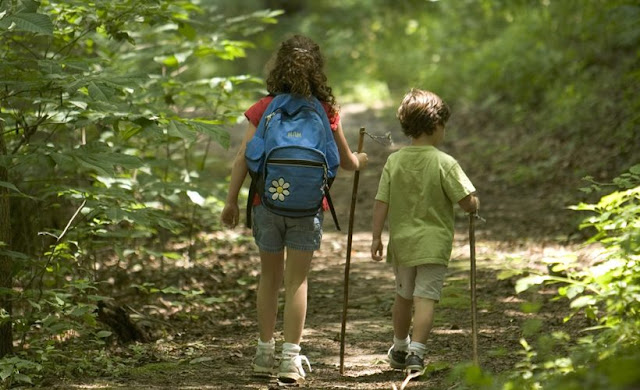 THE PODCAST
I fell down on the job last week and didn't get the blog written, so there are two podcasts to report. The first is on an early Dickinson poem "Through lane it lay—through bramble—" It talks about dangers in the world of children that adults cannot see.

Then this week, as we've swung through a wild range of temperatures, I shared a poem about beautiful autumn days like today. It is called, "These are the days when Birds come back—".
The humming birds are long gone, but the birds who don't bother to leave are quickly emptying my feeders.` 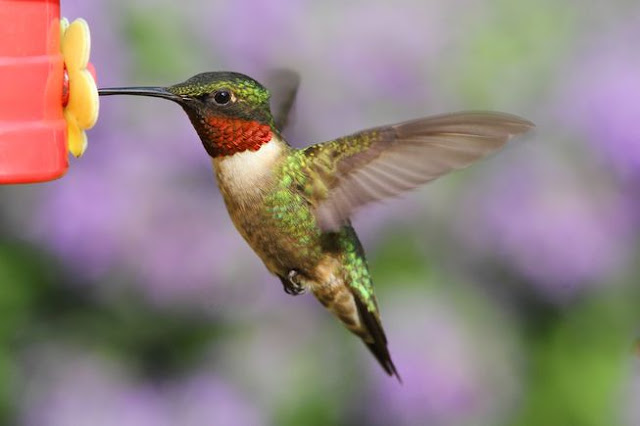 THE KNITTING has been fairly productive and I've caught up with some of my backload. The items in the pictures are now available in my shop. 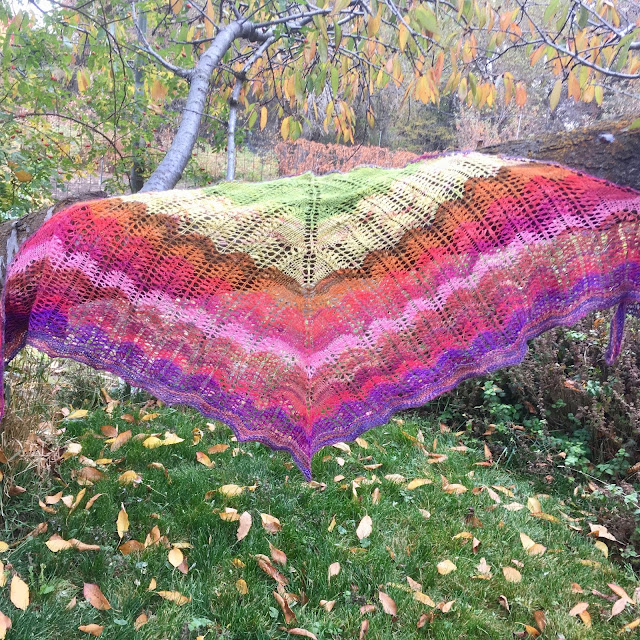 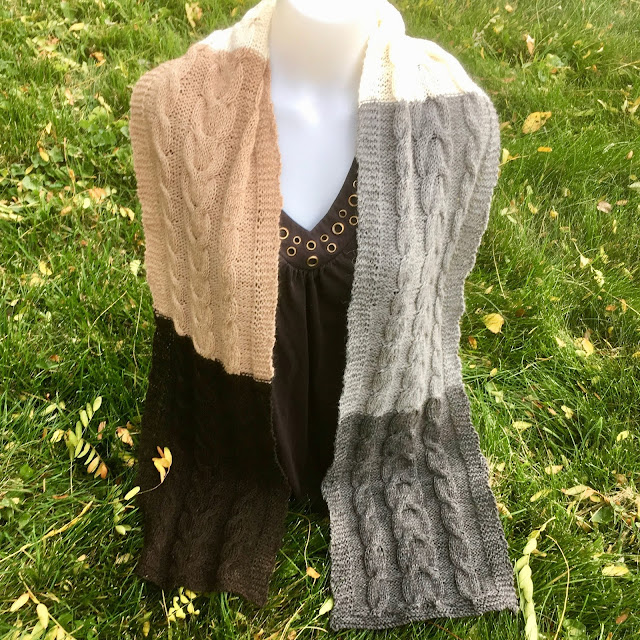 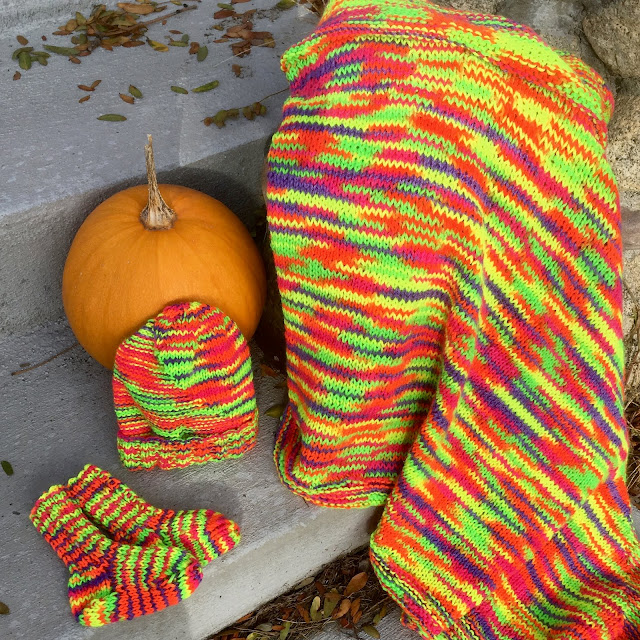 Personally, we are still in a painful state of limbo in Husband's job search. That is not good for anyone's health.

On the positive side, Youngest is currently at his first day of work.
And I've adopted a new pet. 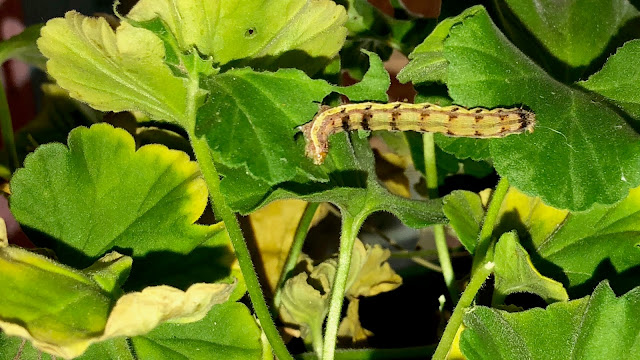 He came in with my geraniums and is eating away at them heartily. Any idea what he will grow up to be?