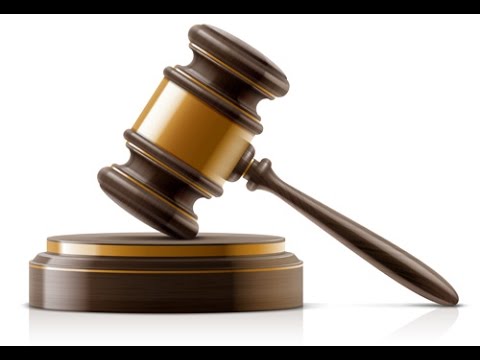 Though you may be disappointed that this blog is not about The Terminator franchise, you should be relieved and thankful that it has nothing to do with the Supreme Court.

This week I finally had my Social Security disability hearing, so I'm going to tell you about it.

After two years of stress, it was quite anticlimactic. The hearing room wasn't very much like a courtroom. There were four rectangular tables facing each other. The judge sat at one that was slightly elevated. The clerk sat on one to the side. My lawyer and I sat at the table facing the judge, and the fourth table was for the work specialist, who actually attended by phone.

The judge already had all my work and medical records, so it was mostly a chance for me to talk about life with RA and fibromyalgia.

Everything is based upon an official government catalog of jobs, hence the work specialist. As I described my symptoms and limitations, the judge or my lawyer would ask her if someone with my abilities could do particular jobs.

Everyone agreed I couldn't teach any more, but the Social Security department initially ruled that I should be able to be an office assistant or an addresser. As my limited energy and fine motor skills were added, my lawyer may have proved that I am absolutely good for nothing. I'll find out if the judge agrees in about a month.

That is what we are trying to prove, but it still isn't great for my self esteem. I keep having optimistic thoughts about things I could do, then I try to do something, anything, more complex and tiring than emptying the dryer and I can't.

The hearing, the rainy weather, the reminder of my uselessness, took me down this week. I've done a lot of sleeping, too much eating, and everything is running at least a day late.

Those of you who were disappointed that there weren't more "Terminator" references in a blog titled "Judgement Day" may be interested in a strange book I just read, A Truly Remarkable Thing  by Hank Green. It is about the appearance of large machines or sculptures of unknown origin and how our society reacts.  I'm still deciding what to think about it, which is a good sign because it made me think.

Because I really like what Hank and John Green do on-line and in charitable projects, I bought four copies, which will go to my siblings and parents. So after Christmas I will have people I can discuss it with.

THE PODCAST is written, but not recorded. Maybe skipping this week and recording two next week will give me one extra for a while until my next down week

I finished the baby blanket and had enough yarn left over to make a matching hat and socks. I'm very happy with them and would like to give it to my grandchild, but as I don't have one yet, the whole set will soon be available for $80 in my shop. I know that sounds very expensive, but it barely pays for the gorgeous, hand dyed, American raised merino wool. Mountain Meadow Wool 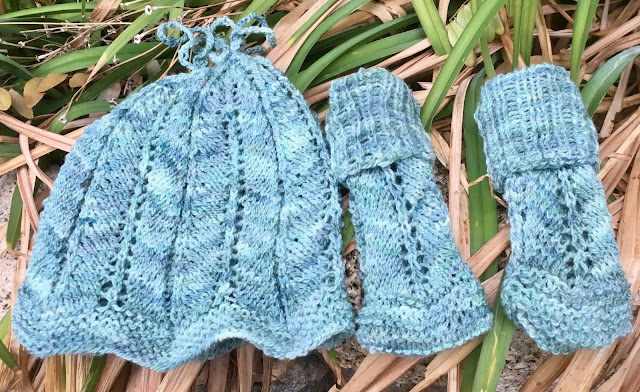 My next project is a similar set out of cheap, but still soft, and nicely machine-washable synthetic. I can probably charge half as much while still giving myself a little for labor.

The colors are a little wilder. I would happily wrap a child of either gender in either set.