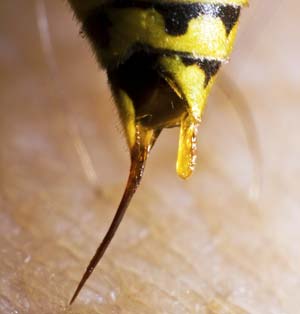 /ˈwäspiSH/
adjective
That's the Google definition. I love the sample sentences with male examples because that's the only time I know of that the adjective hasn't been applied to a woman.

I've  been grouchier than my usual self all year. My biologic may be slowly failing, or it may just be the stress of uselessness and Husband's job hunt. 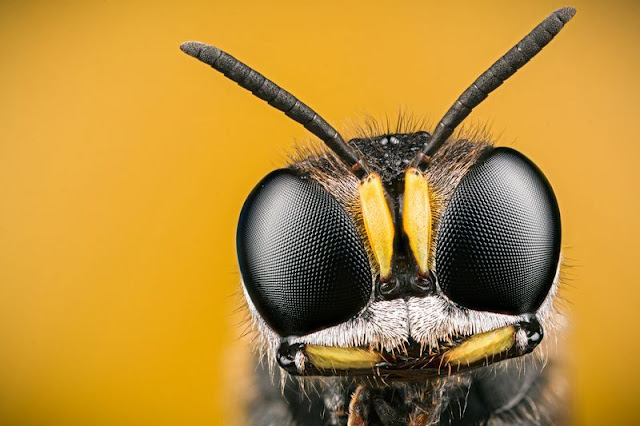 I could also be described as a WASP--Almost. I'm a white, Anglo Saxon, member of the Church of Jesus Christ of Latter Day Saints. So I'm not in the club.

I'd also be excluded money-wise. Apparently the real WASPS come from old money. I haven't even managed new money. More than 7/8 of my ancestry is definitely peasant. I'm good with that.

But there is that one line, on my mother's side, that goes back to both Jamestown and the Massachusetts Bay Colony. There are even barons on that line. We don't know why Benjamin Hume Sparks, genuine old-money WASP, took a train to wild-west era Utah, but I bet it would make a good novel. 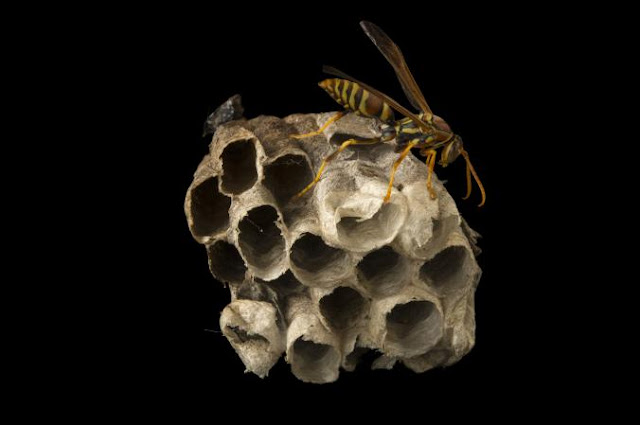 During our first summer in this house, paper wasps built a nest outside our bedroom window. I was really anxious about my husband discovering it. Sensible people would call an exterminator or attack it with bug spray. My stomach tied in knots when my husband called, "Come look at this." from our bedroom. He pointed to the wasp nest and said, "Isn't that cool?" I fell in love all over again. 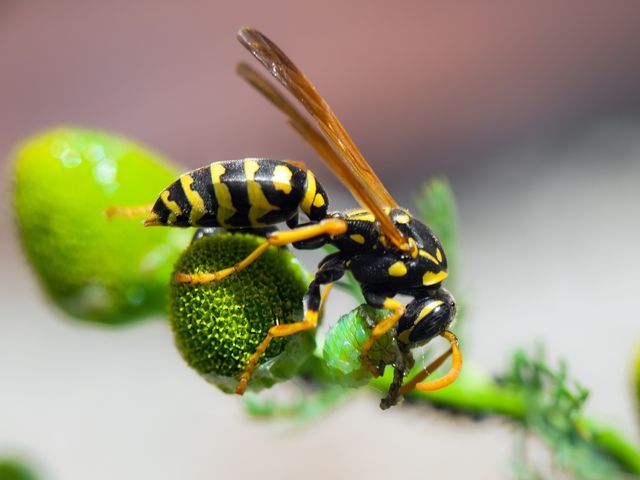 We also had mud wasp nests inside our front porch because the screen door was broken.  When we got the door replaced, the installation guy proudly told me he had cleaned out the wasp nests. I thanked him because I didn't know what else to say. 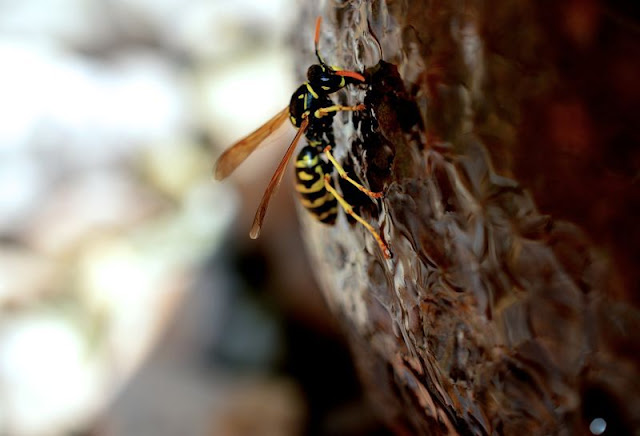 I was stung by a wasp on Thursday. My only previous stings came while working in the garden--insect territory, but this happened as I opened the door to a therapist's office. She got me just below the elbow, just below my rolled-up sleeves. (All hornets that sting, virtually all hornets you see flying around, are female.)

I was actually indoors when I brushed her off my arm. So my first concern was not to have an angry hornet loose in the office. I got a paper cup from the water cooler and an old shopping list from my purse. I trapped her against the glass door, then turned her loose outside.

The bite burned for the first few hours and that was almost a good thing. I felt better--much the way breaking a toe can ease a headache. My general misery had a focus.

Unfortunately, by bedtime it turned into an itch, which inspires sympathetic itching everywhere. Also, I couldn't leave it alone and did some scratching, so the swelling is now huge. 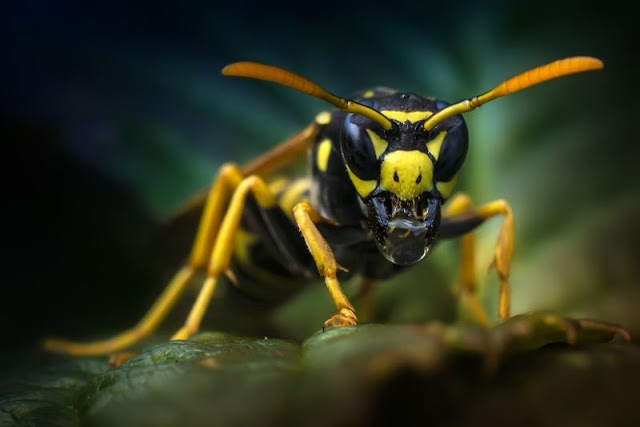 Wasps are fascinating creatures. You can find a lot of basic facts about them online, though sadly, most of the sites are sponsored by exterminators. Most of my pictures come from a good National Geographic article.

There are more than 3,000 kinds of wasp. They come from the same biological order as ants and bees. Many live like bees in colonies. Most hornets who sting do so to defend a colony. The majority live alone and don't sting. Almost all hornets eat other insects. Many also help with pollination.

I hold no grudge against the little wasp that stung me. 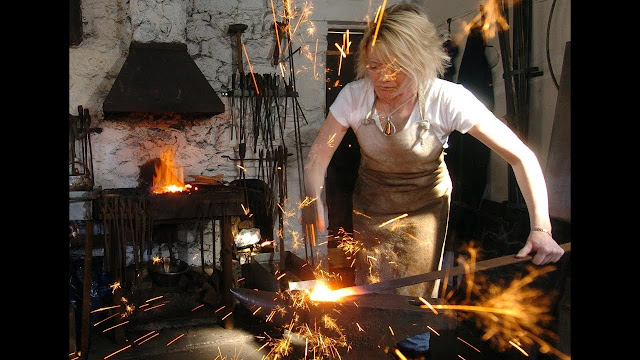 THE PODCAST is about the nature of the human soul. It's pretty intense. Emily Dickinson uses a blacksmith metaphor and asks, "Dare you see a Soul at the White Heat?" I think if she asked me that in person, I would say, "No, thank you." and slowly back out of the room. 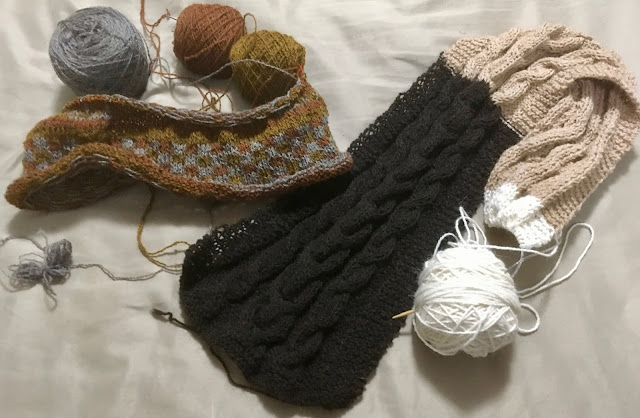 THE KNITTING consists of two earth-toned projects, both out of yarn from Mountain Meadow Wool.  If you want to see some of my more colorful work and start your Christmas shopping, visit my shop.