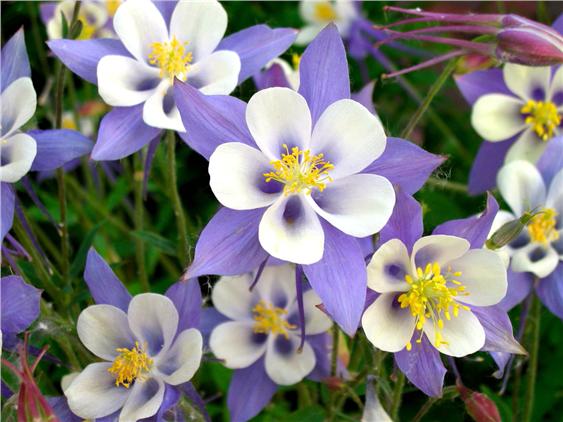 I was in the classroom, teaching, when I heard about the Columbine shootings. There is a clear picture in my mind of the weird old Mac computer  on which I tried to write lessons and  record grades. In addition to my usual seventh graders, I co-taught a couple of mixed regular level and special ed classes. Compromising with another teacher on curriculum was a new challenge. Eighth grade, incredibly hard. For whatever reason, eighth grade was always harder for me than seventh. There were so many needs to fill, academic and emotional.

I don’t remember how the news filtered through the school, but I remember the heavy, helpless sadness. Teaching, functioning, felt like swimming through mud. It was similar to the sadness created by 9/11, but not as distinctive because it would be repeated again and again. 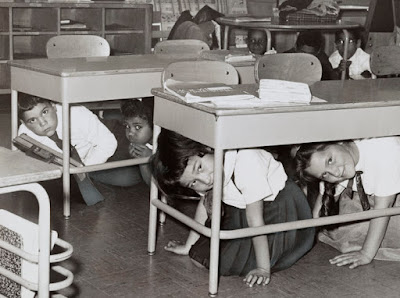 We practiced, accepting that, like a fire or an earthquake, it could happen to us. Doors were locked, lights turned off, windows covered, students sat on the floor against the wall that seemed least likely to be in the line of fire.

Some of my seventh graders honestly couldn’t be quiet to save their lives. I scolded them angrily, knowing it might come down to that.

I also knew, without question, I would risk my life to save students.

I never had to. But there were shootings by students from my school, right before and right after my time there. Not mass shootings, but individual grudges dealt with by 13- or 14-year-olds—children-- who used their parents’ guns.

I am not one of those “liberals who have never shot a gun.” Yes, I’m a liberal, but I have shot rifles, shotguns, and handguns as well as B.B. guns, wrist rockets, and bows and arrows. Due to impatience, poor depth perception, and cross dominance (right handed, but left eyed, apparently),  I can’t hit the broad side of a barn. 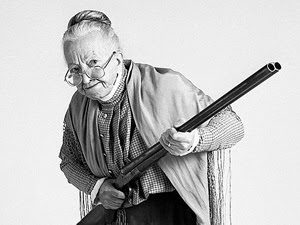 
But, incompetent as I am,  I could hit lots of people by firing into a crowd, any idiot can. And right now I, with a lifelong history of mental illness and proven poor gun skills can buy one. So can anyone feeling hate toward the world.

Neither hate nor mental illness is unique to the United States, but this is the only country that makes it increasingly easy to buy guns of war, the only country in which mass shootings, and school shootings are common.

I’m not coming for your guns. I wouldn’t want to diminish others’ opportunity to participate in target shooting or hunting. I won’t even argue against the defensive handgun you keep under your pillow or in your car, as long as you know how to keep your child, your grandchild, or the criminal you are arming yourself against from shooting someone with it.

I want a sane training and licensing system for anyone who wants to buy guns and ammo. Something like a driver’s license. It would require the same kind of training those of you who have gone to concealed carry or hunter safety classes have already received. 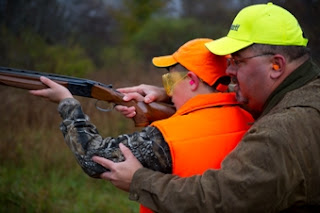 This would greatly expand business for gun ranges and gun-safety teachers. All the required practice would even increase ammo sales.

More importantly, it would allow fewer idiots and incompetents (like me) to own and shoot guns.

Like driver’s licenses, it isn’t a perfect solution. There are still idiots on the road and people without licenses. There are still fatal accidents, even vehicular homicides, but the roads are a lot safer than they would be if we just let everyone have an unrestricted right to own and drive cars.

It’s time for Americans to unite and take a stand.  We need to tell our representatives and the NRA that we insist on sane and responsible gun control.  We need to vote accordingly.
We need to make America safer.

On a happier note, though my knitting is still backed up and unphotogenic, my podcast is is finally launched and available. I read and talk about poems by Emily Dickinson. It is less than six minutes long, so please give it a listen and pass it along to anyone who needs a weekly dose of poetry.