In a Fowl Mood 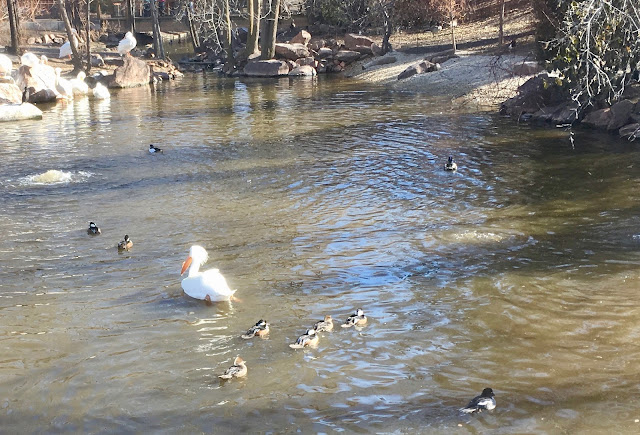 Once again, I flew too close to the sun, which caused me to crash and burn. Someone needs to clip my wings before I do it again.

Let's try this in clearer language. I felt draggy last week, but Friday was my anniversary. When my sweet husband suggested dinner and a movie to top off the flowers (which still look great), I took a handful of pills and set off with a smile. It was fun, even if the new Star Wars movie isn't worth recommending.

Saturday we took advantage of nearly snow and ice-free conditions to lake a longer and harder walk than usual. (Sorry US East Coast, we get all the global warming this year.) I expected to be wiped out the next day, but Sunday was okay. I went to all three hours of church and got my steps in afterwards. 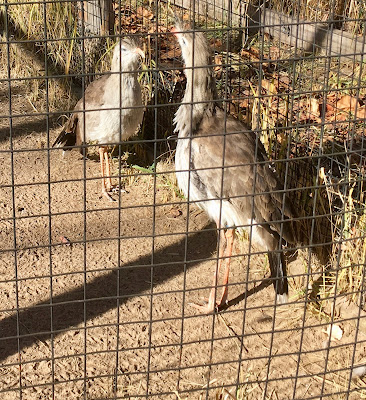 But since I apparently can't sleep this one away, I still get out and go. This week's adventure, on Wednesday, was to the Tracy Aviary at Liberty Park, downtown Salt Lake City. A good choice as the terrain is flat, paved, and cane-friendly.

I hadn't visited since my kids were little. At the time, the aviary had just begun a big makeover. All of the habitats have been improved or replaced since then and renovations continue. My current favorite is a South American exhibit which has indoor and outdoor rooms for all of the birds, so they can choose whether it is warm enough to be outdoors.

There are many birds of prey, most impressively an Andean condor, and four eagles. These massive birds are at the aviary because they were injured in various ways and could not be returned to the wild. 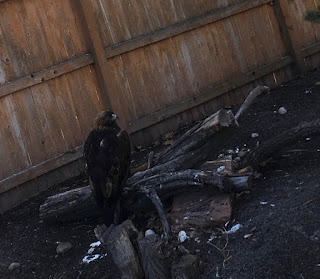 I'm not sure if that is also the case with the vultures and owls . There is a large, beautiful Owl Woods, but not large enough for nighttime soaring. I have a membership now, so I'll be back to ask if they are part of conservation efforts.

The ducks reminded me about clipped wings. All of the ponds contain our native green-headed drakes and their speckled-brown mates, but they also have a lot more "exotic" ducks from around the world. The natives fly in and out at will, but careful watching reveals that the more official residents are missing some wing feathers. I assume that is also the case with the pelicans and flamingos. This doesn't hurt the birds, but it does keep them from flying away. 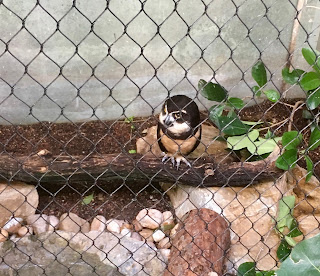 In fact, the feathers grow back every year.  In the eighties, one of the flamingos didn't get his wings clipped and started migrating with some (much smaller) wading birds that lived part of the year in the Great Salt Lake. Although the famous "Pink Floyd" raised a lot of publicity for both the aviary and our local water birds, I'm sure he also is a cautionary tale for bird keepers everywhere. 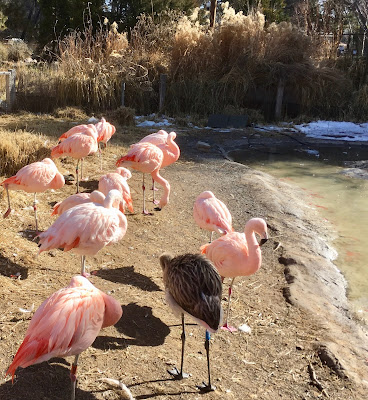 A careful look at the two sets of ducks in the aquarium reveals that they are missing flight feathers too, which makes sense. They have roomy ponds to live in and around, but it would be a danger to everyone if the ducks took it into their heads to soar around.

But there are free-flying birds in the South America section of the aquarium. There are two big enclosures for the toucans and some birds that are known to bite, but dozens of other birds, some as large as magpies, fly freely within the exhibit. Their freedom, limited though it may be, is probably what makes me enjoy that exhibit the most. 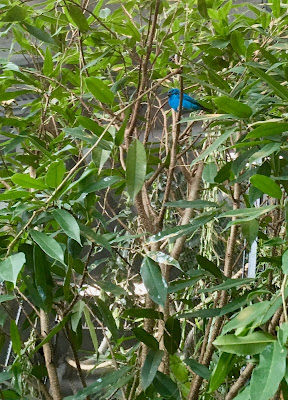 Near the birds is a new section for butterflies, all painted ladies so far. They add another example of the contradiction of flight within captivity.

And captivity is the theme for the week. I feel trapped by my failing mind and body. Yet I have incredible freedoms that most women in the world don't have and very few in history did.

I'm reading my fifth biography of Emily Dickinson as preparation for our podcast. She lived at a time and in a social class that restricted women to the domestic sphere. But it was a time of change. Women were publishing novels and poetry and pushing for political change. Emily was an avid reader of these pioneering writers.

The question all Dickinson biographers struggle to answer is why Emily chose not to seek publication and ultimately why she chose to pretty much disappear into her father's house, communicating mostly with letters and refusing to see any but a select few acquaintances. 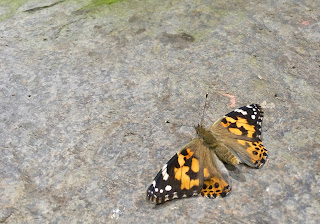 Why did a poet who struggled against the loss of freedom required of a convert submitting to God and of a woman submitting to her husband, confine herself in this way?

Theories run the gamut--madness, agoraphobia, a broken heart, uninterrupted intellectual freedom. My current book, Lives Like Loaded Guns: Emily Dickinson and Her Family's Feuds, by Lyndall Gordon, makes a very good case for epilepsy, which was still highly misunderstood and stigmatized in the 1800s.

Secrecy is part of of Dickinson's appeal. No one knows how autobiographical her poems are. Not telling was part of her privacy and freedom.

In a somewhat related vein, I just finished reading a good novel my sister sent me for Christmas. To the Bright Edge of the World is about Arctic exploration, Native American folklore, trauma, tragedy, and love. It is a thoroughly enjoyable read. One of the main characters is a gutsy women one generation younger than Dickinson. She studies birds and learns how to use the very primitive cameras available in 1885 to become a pioneering wildlife photographer. The book goes into great detail about the patience and stillness required to capture beautiful images of wild birds. I thought of her often while trying to photograph captive birds. She could have accomplished miracles with the camera on my phone. 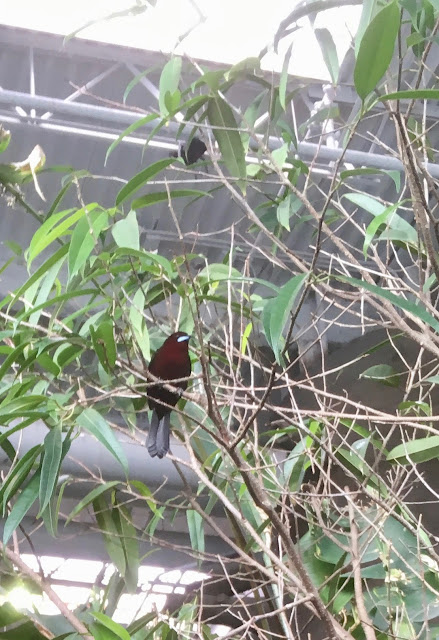 THE KNITTING can wait. I have designed a hat pattern to sell as a podcast fundraiser and I've started a hand spun sweater for a friend, but I don't have it in me to photograph them. My plan is to take a nap, then figure out how and where I can walk today.
Posted by Unknown at 1:26 PM