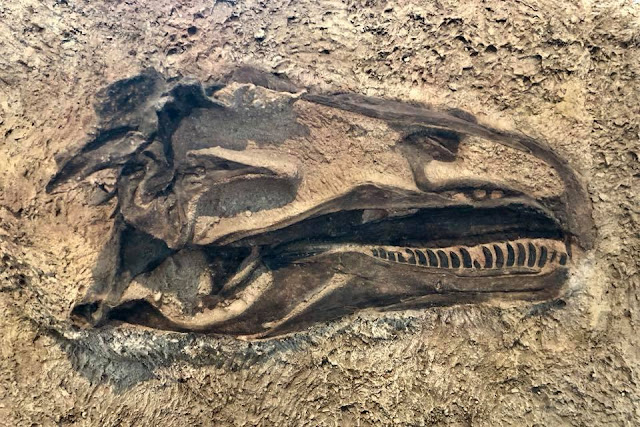 We spent Saturday in and around Vernal, Utah: gateway to Dinosaur National Monument.

Vernal is a strange place to me because I feel like I should know it better. My Grandparents lived there when I was little. We visited often. But I only have two clear memories. 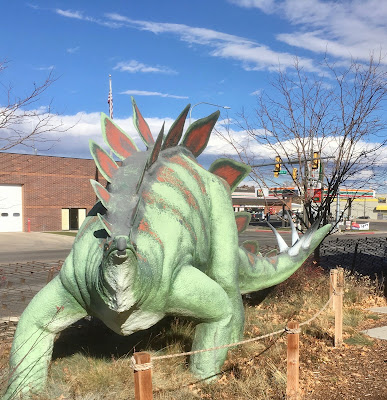 The clearest one is visceral. My aunt's horse, Sunday, stepped on my foot. I was only three or four years old, but the remembered feeling is very clear.

My other memory is that the house had an apartment built onto it. There were two ways in, to go outdoors or to crawl through the window.

I feel like I should remember more, but I really don't. Grandma's house, to me, is the one in Orderville where my grandparents lived through my later childhood until after I was married.

Because we visited on vacation, time off from regular life, the house was an oasis. It was packed with books and board games. There was a climbable tree in the front yard. Upstairs and downstairs fireplaces burned brightly year-round.

Orderville is a tiny town on the road between Bryce Canyon and Zion National Parks. It is the perfect base camp. So we joined with cousins on all sorts of adventures, then came home to Grandma's amazing cooking. Orderville will always be one of my favorite places.

Vernal, on the other hand, always makes me feel like I should have a connection with it, but I don't. 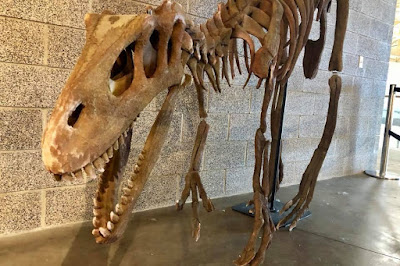 I do like the dinosaurs and the dinosaur museum. Main Street in Vernal is dotted with dinos of varying quality and accuracy.

The museum has both casts of skeletons and real bones. A lot of it is dedicated to showing the process of finding fossils and the many hours, actually years, of cleaning and assembly before creating museum-ready pieces.

The museum ties in well with the monument because it is a quarry that has been left intentionally unfinished since the 1920s. 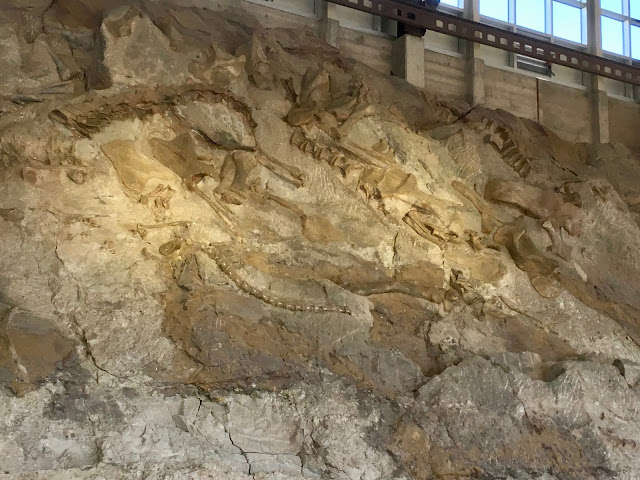 In prehistoric times, the area was a flood plain that collected a whole lot of stegosaurus bones along with a few of the allosaurus that preyed on them. This fossilized graveyard has been kept intact so we can see how the fossils were found. 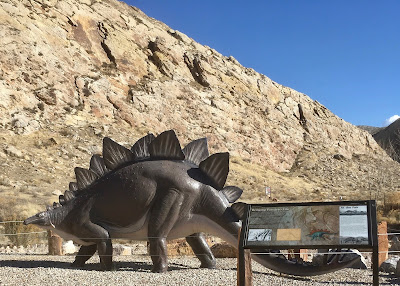 In addition to giving the history of paleontologists who find and work on the bones, both the museum and the quarry give credit to local artists who have created paintings and models that bring the bones to life. This stegosaurus statue traveled to a worlds fair in the twenties then became a part of the monument. He has been painted in several different color schemes over the years, but is always happy to welcome visitors. 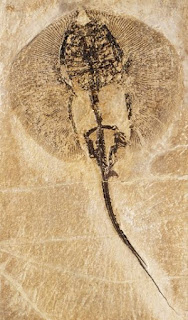 I'm always a sucker for dinosaurs, but this year I was more moved by two completely different creatures. The first caught my eye because it was so familiar--the fossil of a fresh water ray. I didn't know rays lived in fresh water until I visited the aquarium almost a year ago. Now I watch the silent, graceful creatures every week and count them among my friends. I even bought a plush version which is currently sitting on my lap. (Petting and squeezing him helps these stiff fingers get back to typing.)

The second creature is not familiar, but fantastic. The unintathere is an elephant-sized, saber-toothed herbivore that lived in Utah during the Pliocene epoch. Sadly, no plush versions seem to be available, but I want one. Actually, I want a real one. 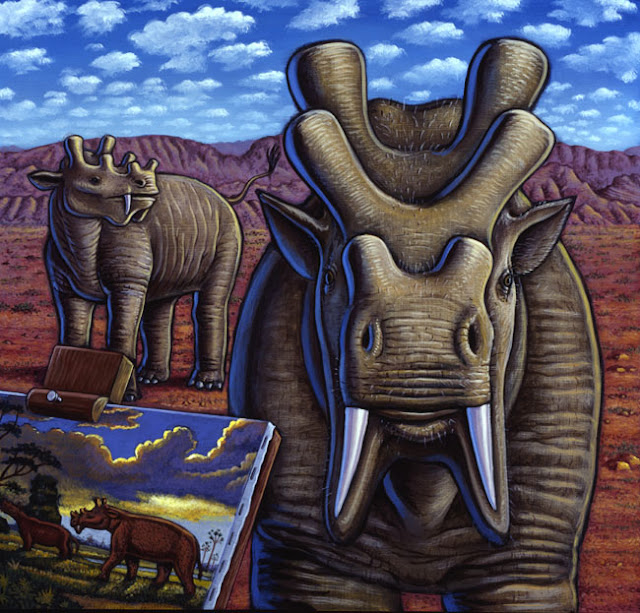 Knitting this week is getting a bit tedious. I am at work on my fifth of six mermaid tails and another secret Christmas blanket. But last night I was delivered a batch of wool for a sweater commission. Sweaters are scary because they have to fit, but I am excited to start on something new.  In the meantime, here are some potential Christmas gifts you could purchase from my shop. 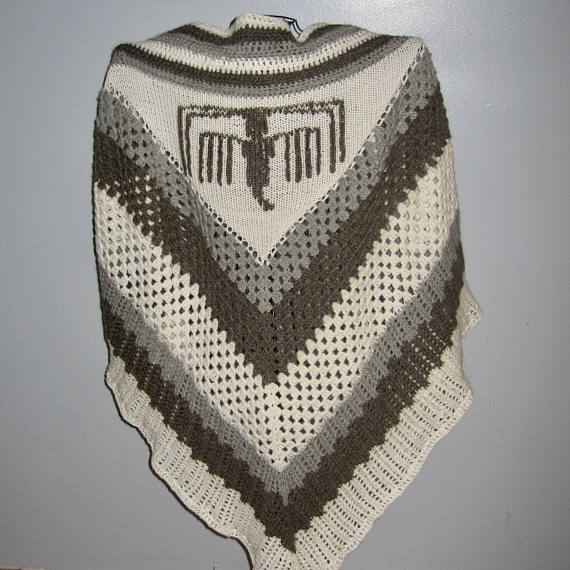 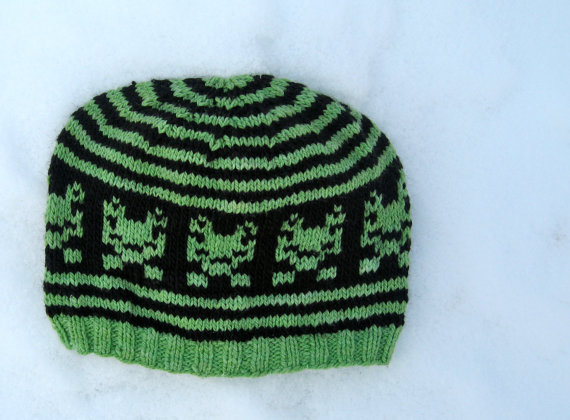 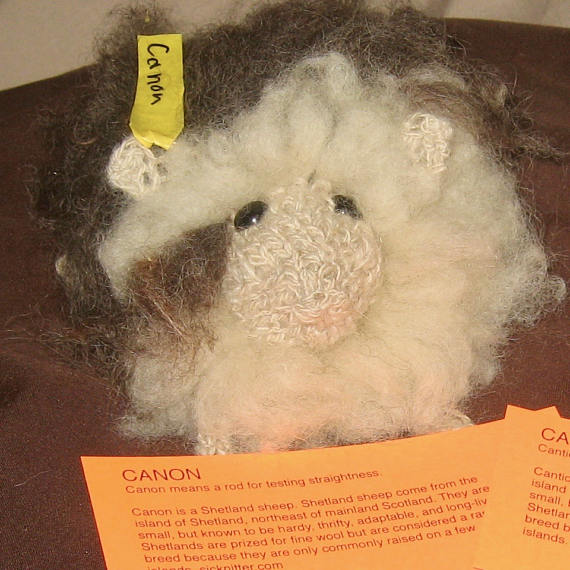