The Festival Without Shakespeare (kind of) 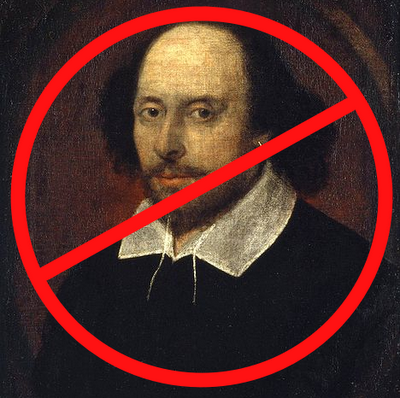 After buying the new car, my husband suggested a wonderful fall getaway--to Cedar City for another Shakespeare Festival play--my choice.

It was the closing weekend. The only Shakespeare play on offer was Midsummer Night's Dream, which I saw in June. Thought it was a great production worth another view, fairies really aren't my husband's cup of tea. Another play, The Tavern, sounded like something we could both enjoy. 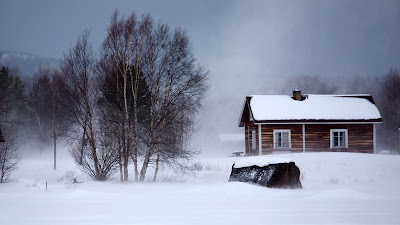 We did. First of all, the stage work is incredible. The setting is a ramshackle tavern in the middle of nowhere during a huge storm. Props, sound effects, and acting are all designed to make the storm real. Whenever the door opens, actors struggle to close it again. More amazing is the fact that every time the door opens, the furniture blows about a foot across the stage. After an actor manages to close the door, he or she picks up the furniture and places it back where it belongs.

Items also blow past the back window. The audience can see wires on the flying items, but there is nothing visible on the furniture. I have no idea how that works. A "fire" at the front of the stage flickers realistically and increases when actors blow on it. 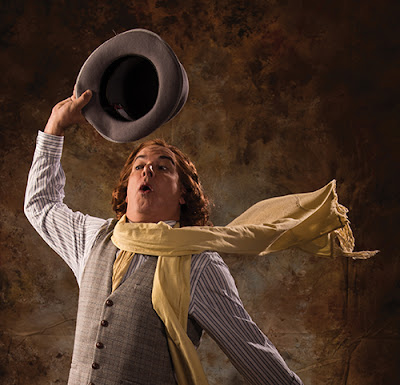 The acting was all solid, but it was definitely a vehicle for the main character--an escaped mental patient  obsessed with Shakespeare--played by Andrew May. He was brilliantly over-the-top, spouting Shakespearean lines in grand style and moving "theatrically" at all times. Before I did a little post-play research, I thought that perhaps the play, full of local references, had been written with Mr. May's talents in mind.

It turns out that the original play was written by the famous George M. Cohan. Local references were added when the director, Joseph Hanreddy, adapted the play for the Utah Shakespeare Festival.

When I watch a Shakespeare play, even a clunky early one like As You Like It (which I also saw this summer) I never think about myself as the writer. The elegance of language makes the thought too intimidating. But I can imaging writing The Tavern. It is melodrama and farce and nonsense. It would be great fun to write. Having an excuse to borrow Shakespeare's best lines would be icing on the cake.

My sweetheart suggests we make this fall festival run a tradition. The friend I went to plays with this summer wants to go back next year too. I'd go a third time too if I got an excuse.

My knitting sale was disappointing. My friends made great refreshments and provided a beautiful setting. My mom and aunt stayed almost the whole time to make things feel more comfortable. But very few people came. Those who did were generous and I have a little more Christmas money to play with, but the big "discovery" of my work has yet to come.

It is impossible to make a living wage knitting, but I would love to average enough each month to pay for my yarn and maybe the internet bill. If you'd like to help, check out my shop.