For several months I have been working my way through Alexander Hamilton by Ron Chernow. Reading is harder physically and mentally than it used to be, so it has been slow.

But I'm learning a lot and enjoying a feeling of recognition when finding the lines Lin Manuel Miranda worked into the musical.

Much is written about the mess of America's finances after the revolution. Money consisted of a confusing mix of French, British, and Spanish coins as well as nearly worthless paper currency printed by the Continental Congress.

Because of this confusion, business was often conducted by barter, especially on the frontiers. Because alcohol was relatively easy to transport and always in demand, hard cider became a sort of hard currency. 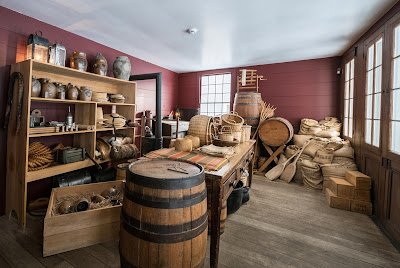 Barter is a logical solution in new economies. When Mormon pioneers first colonized the west, they were allowed to pay tithing "in kind." If your sow had ten piglets, you brought one to the bishop. The same was done with every crop harvested throughout the year. It was the bishop's calling to distribute these goods among the needy and keep everyone fed. 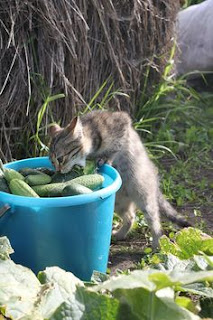 (This was long before my time. I pay tithing online now, so I can't even say I pay in real currency. But I still feel tempted to bring my bishop some zucchini and a kitten and call it tithing, just to see his reaction.)

Failed economies resort to barter as well. Hyper-inflation helped destroy the Weimar Republic in Germany during the Great Depression. My great-uncles told stories of being paid with wheelbarrows full of cash which would be traded for a single loaf of bread.

That was in the city. Life was better for the farmers because they could eat the fruits of their labor as well as trade them for other needs.

But with many of our modern needs, barter won't work very well. It's unlikely I could pay for my water bill with a hat or keep the internet in by knitting a shawl. 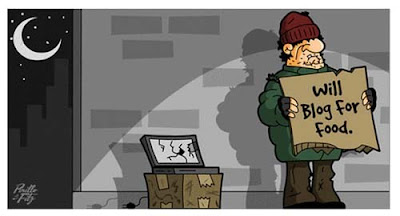 In any barter society, I would be in trouble. In our current society I'm in trouble--hence the disability application.

I have yet to find a way to monetize my writing in our cash economy. I can just imagine negotiating whether a poem is worth a pear or some pork.

But there are reasons for barter even in a stable economy. For example, it is considered bad luck to pay money for bees.

My reason is that it is too hard to figure out the value of my knitting time. And I don't want to measure how much time I spend on each project. I often knit in exchange for extra yarn.

When a friend wanted to commission me to knit some lace throws for her living room. I proposed a trade of talents. She is a very skilled seamstress, so I knit throws and she sewed skirts. I thought one skirt for one throw was fair, but she insisted on sewing two. 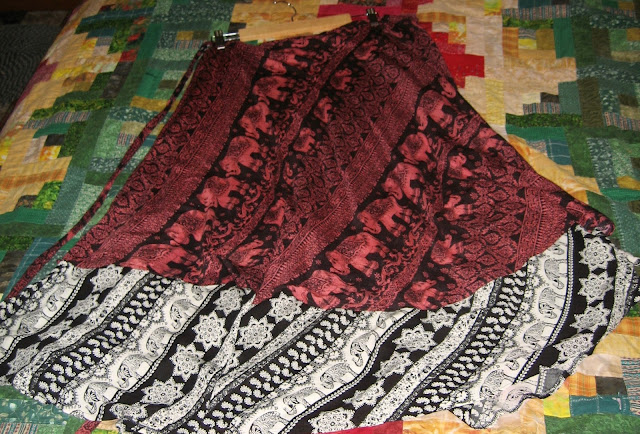 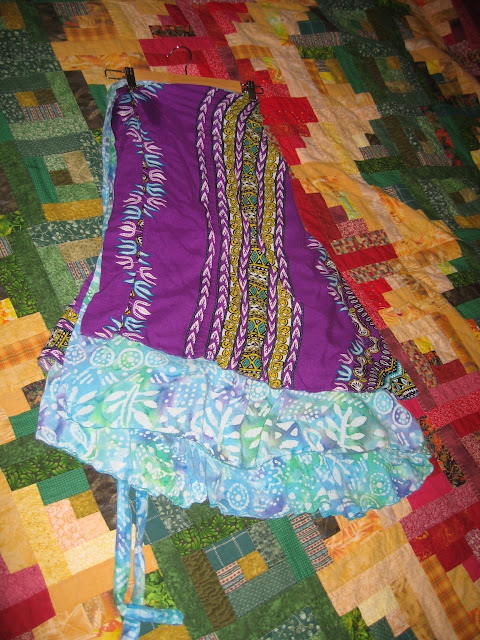 (Two more skirts are in the works. One is a winter one in silver velvet--very much in tune with our new weather.)

We each bought our own materials. I found fabric for four skirts (on Amazon) and we went together to my new favorite local yarn shop to find blue silk and alpaca for the throws. 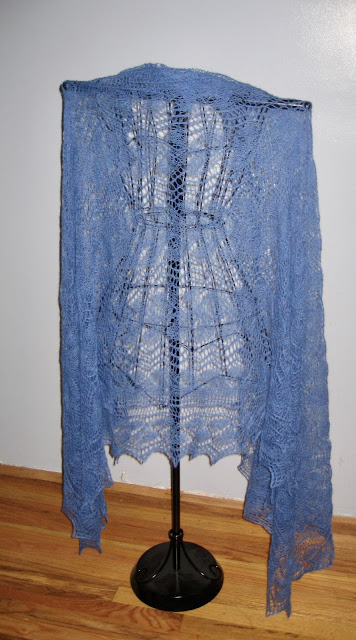 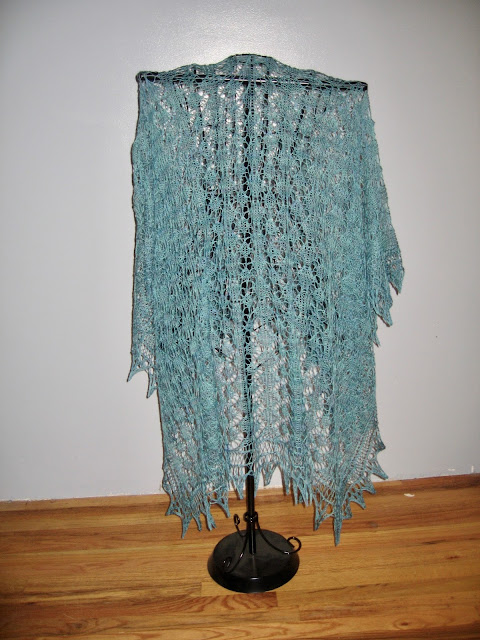 I am very happy with the results so far and I hope my friend is too.

So if you set tile, work in stained glass, or are simply willing to steam-clean my dog-slobbered sofa, take a look at my shop. I bet we could work out a deal.

I don't feel like I knit as much as I would have liked this week. I have started the border lace on the grey shawl. 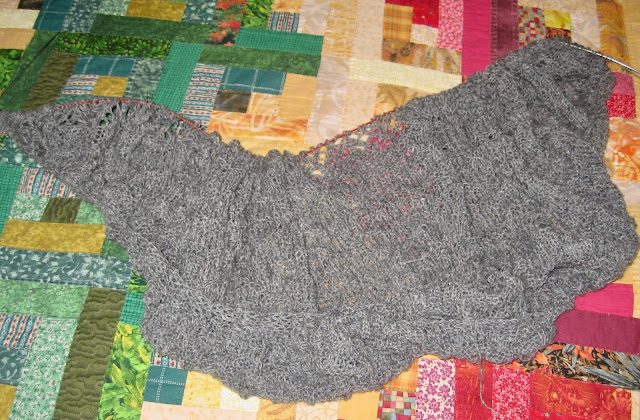 I have finished one mermaid tail blanket and started another. 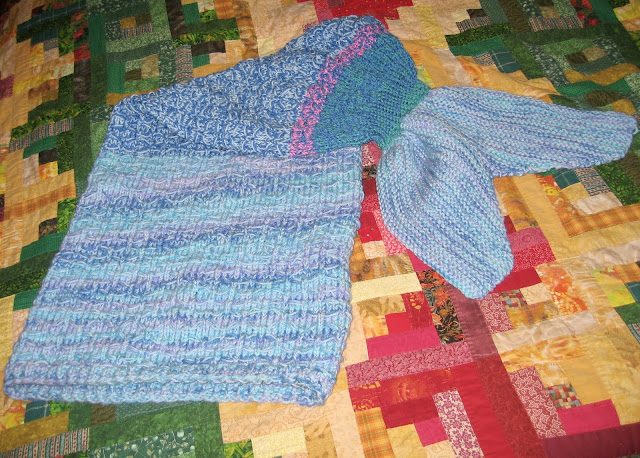 Fall coolness has arrived. This is welcome, but wet and dark, hence all the indoor pictures. I finally had reason to wear a sweater. Sounds like good inspiration to knit more.