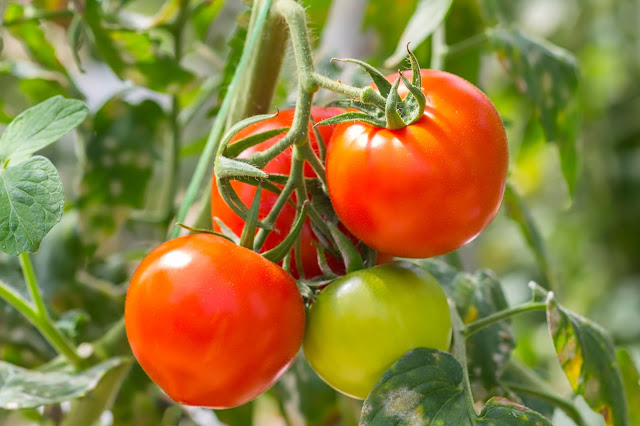 In our climate, Mother's Day marks the point considered safe to plant tomatoes. It is also warm enough to put in corn, beans, and squash (the wonderful trinity of vegetables domesticated by native Americans). Of course the cold-weather crops were put in weeks ago. "My" garden (worked by my dad) is plowed, planted, and beautiful.

Dad gardens full time whenever there isn't snow. Land ownership is a privilege and sacred charge. Hard work makes life worthwhile. I watched Dad clear the weeds out of a flower bed by my office window in less time than it took me to get Blogger software working.

I've always admired his work ethic, but I'm not the child who inherited it. Even healthy, I was  a doddler. If I were strong enough to manage my own yard, I would figure in time to watch bugs and clouds. 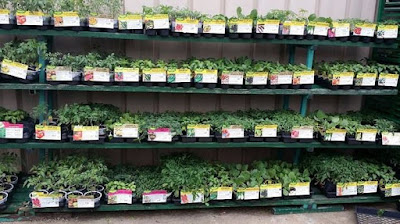 This time of year everyone is a gardener. Garden centers at the megamarts are overwhelmed with crowds every evening and weekend We all try to spruce up our yards, create personal Edens.

Though unable to garden, I can't resist the pull, so I have replenished the pots on my front porch with plants that I hope the deer won't eat. 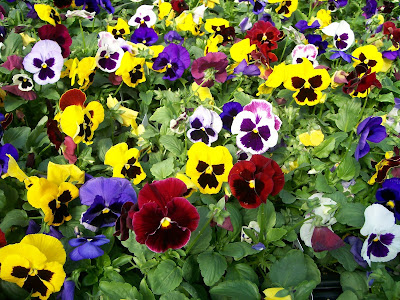 (In the past I've put out pansies as early as they're available, but a pot of pansies is nothing but a side salad next to the main course of my roses.)


According to the Bible, gardening is the world's oldest profession. Science would put hunting and gathering before that.  But all would agree that the beginning of agriculture, of humans managing  soil, plants, and animals to suit their needs started civilization as we know it.

When given stewardship over the earth, Adam was commanded to "be fruitful, and multiply, and replenish the earth." People have done an amazing job of multiplying. According to the world population clock, there are over 7,502,315,000 of us. And we have used our amazing brains to manipulate environments in order to live in every climate and habitat. 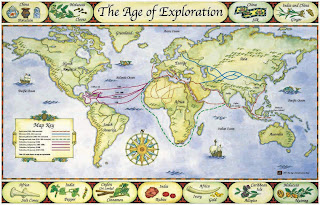 On the second part of the commandment, we have fallen far short.  For millennia new land and new resources always waited over the next hill or across the ocean. Few people saw a need to "replenish the earth" because it seemed boundless and abundant.  Even in Victorian times, at the heart of the industrial revolution and the pollution that accompanied it, people of faith believed God would keep renewing nature. This feeling is expressed in the following poem:

BY GERARD MANLEY HOPKINS
Audio Player
The world is charged with the grandeur of God.
It will flame out, like shining from shook foil;
It gathers to a greatness, like the ooze of oil

Crushed. Why do men then now not reck his rod?
Generations have trod, have trod, have trod;
And all is seared with trade; bleared, smeared with toil;
And wears man's smudge and shares man's smell: the soil
Is bare now, nor can foot feel, being shod.
And for all this, nature is never spent;
There lives the dearest freshness deep down things;
And though the last lights off the black West went
Oh, morning, at the brown brink eastward, springs —
Because the Holy Ghost over the bent
World broods with warm breast and with ah! bright wings.

But in our day, we must recognize that nature can be spent, habitats destroyed, soils exhausted, species extinct. Yet too many people of faith fail to stand up against environmental abuse. 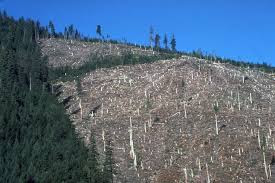 I understand. I have been taught all my life that the Second Coming may occur at any time and that we are living in the last days.

If the world is going to end next Tuesday, why should I care about the rainforest?

1. We Christians have been expecting the Second Coming at any time for two thousand years already. "But that day and hour knoweth no man, no, not the angels of heaven, but my Father only." (Matthew 24:36) We may need this planet far longer than expected. 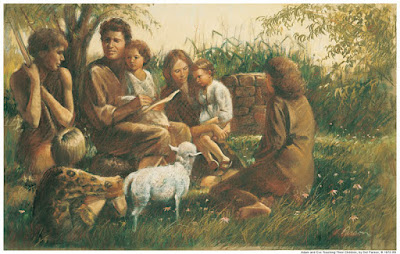 People of all  Abrahamic religions should honor God by taking care of the amazing world created for us.

I am not the one to start a new environmental movement. Maybe you are, or maybe you know people with the necessary charisma and energy. Maybe others are already embracing our stewardship and working to "replenish the earth." Let me know when you find them.

In the meantime each of us should not only take good care of any land under our charge, but also consider care of the whole earth earth when we shop, when we build, and especially when we vote. 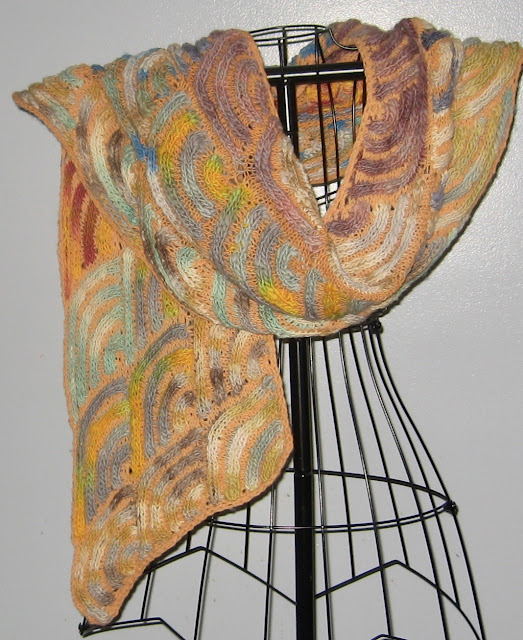 This week has been productive and energetic. (Translation: I did a lot of stuff at the beginning of the week and now I am paying big time.) I finished the wide scarf/rectangular shawl I will call Canyonlands. It reminds me of the Colorado Plateau (probably because I'm headed there at the end of this month). There are dramatic wild skies of bright blue or clouds, sunrises, sunsets, deserts, forests, towns, and farms, all held together by soft sandstone cliffs. I've already figured out several outfits it will match with, but it is heavy and the world is suddenly warm, so it will go into my shop as soon as I can muster the energy for a couple of nice outdoor pictures. 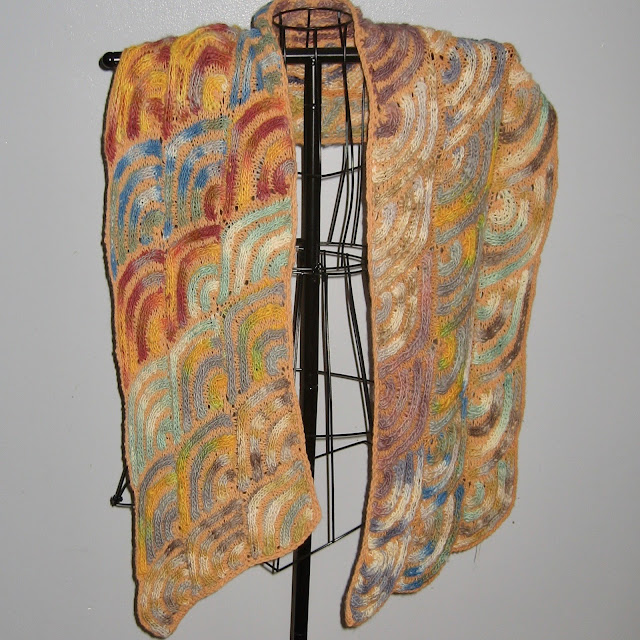 I also got two hats finished and listed. The first is very sweet with Fairisle patterns in shades of pink and a big pompom on top. 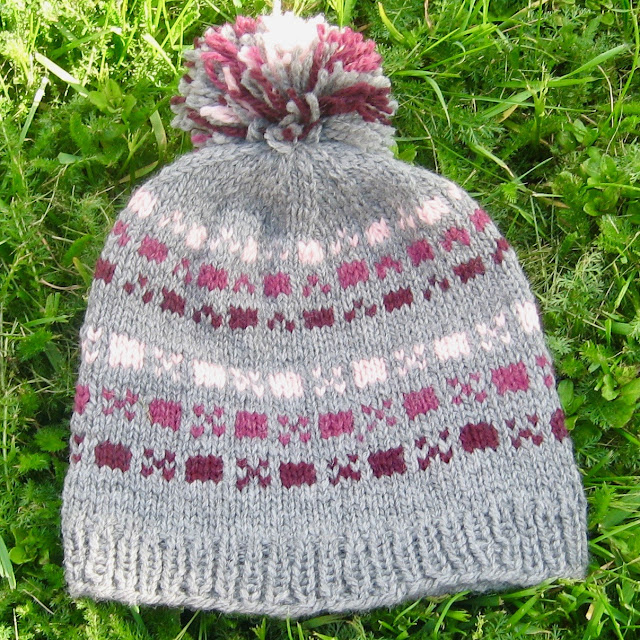 The other doesn't look as impressive in the photos, but I love it. I enjoy knitting hats, but hate wearing them. I have frizzy hair that gets squashed and then I feel claustrophobic. But this purple, green, and grey hat is so soft, squishy, and light that even I can wear it. I think it would be great for a hat hater like me or someone with sensitive skin. Both hats are already in my shop. 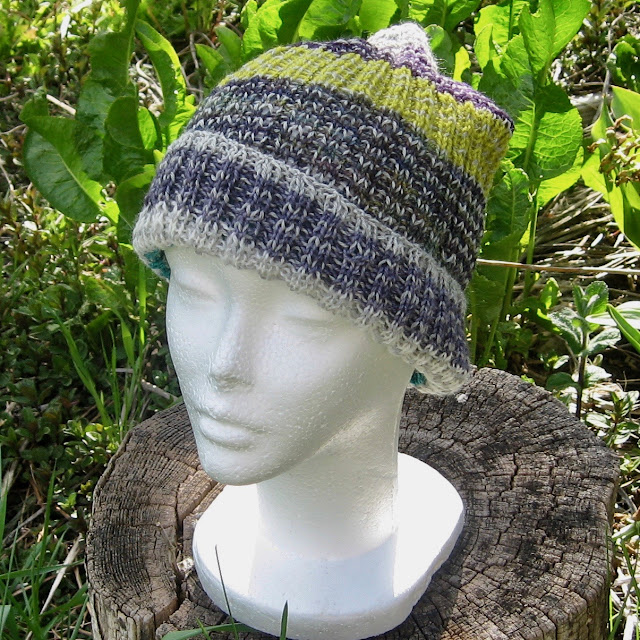 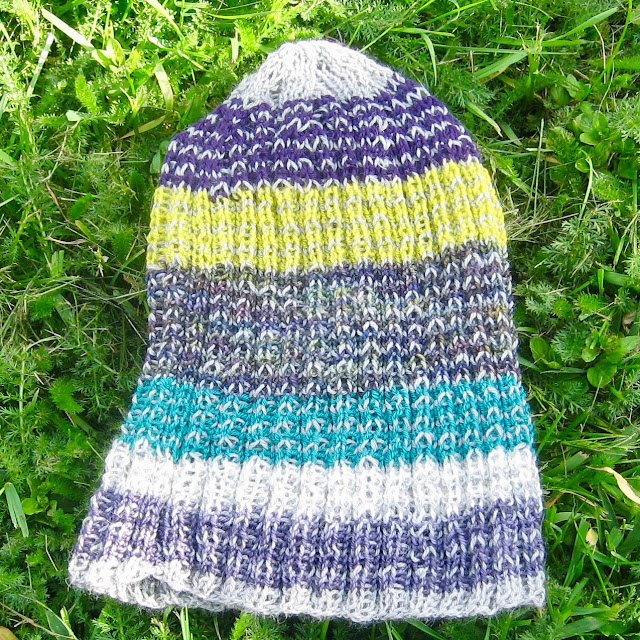