Princess Life would be Beastly 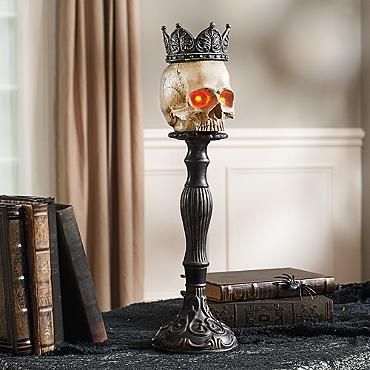 I don't plan to see the live-action version of Beauty and the Beast. I'm not boycotting to object the gay moment or to protest Emma Watson's Vanity Fair  pictures. I didn't see the cartoon version either. I just don't care for princess stories.

I played dress-up as a kid, but never recall playing princess. We played Charlie's Angels, solving mysteries and taking down bad guys, or Wonder Woman with her bullet proof bracelets and invisible jet.

When I played alone, I was in the Star Wars universe. As a healer with the force, I nursed injured rebel soldiers on an isolated planet. I also gathered all the battered and broken dolls in the house and played "orphan train." But I wasn't trying to find people to adopt my blind or legless orphans. We were going to build a home together somewhere in the west.

In any case, the Disney marketing people weren't as good yet and didn't catch me. I did se all their movies, including the princess ones, but that gave me Cinderella, Snow White, and Sleeping Beauty. All these girls did was housework (and sleep or be dead) until a prince came along and they could wear pretty dresses and get married. Mom made me help enough around the house that I knew getting married was more of a beginning than an end to housework.

I didn't analyze any of this until my senior year of high school when I read part of The Cinderella Complex by Colette Dowling. The main point is that fairytales give girls the wrong expectations. We  expect a man to come rescue us, then to live happily ever after. Of course life doesn't work that way, so women are left unhappy and unsatisfied because even a perfect man can't deliver unending bliss.

Waiting around to be rescued, whether from dragons, poverty, or boredom, is not acceptable. I need to have life planned in advance and under my control. (Not that that works, as my illnesses always remind me.) 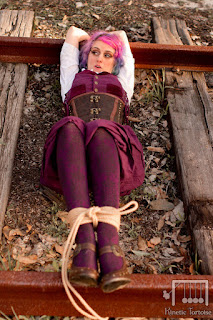 When my first high school boyfriend graduated and left me behind, I cried a lot, but I also made a plan. I realized that I enjoyed having a boyfriend, but that I wanted to choose the boy instead of waiting around hoping to be noticed. I picked out and stalked that boy and we are still together more than thirty years later.

In the eighties, Mormon women and girls were under a lot of pressure to be stay-at-home moms.

I decided I could do that if I had to, but that there needed to be a plan B. I choose teaching because I noticed that teachers and nurses didn't get the same criticism other working moms did.

Plan B became plan A as most women in my generation ended up working full time anyway. I enjoyed the independence that comes from earning my own money and being able to provide for a family.

I miss that. At almost fifty, I am a stay-at-home mom whose kids are grown and who physically can't do housework.

My handsome prince does most of it, as well as figuring out how we will survive financially. I have a hope that writing can be turned into a full-time job and a source of income, but I haven't worked it through to a plan part yet.

To be a princess or a queen is to be put on a pedestal and worshipped for beauty, grace, and kindness. A pedestal is elevated, but narrow and not very stable.

The life of the former Kate Middleton, now Duchess of something, is a real -life princess experience. Every time she leaves the palace, she must look and act like a princess. Every dress she wears and every expression on her face is analyzed by the press and royal fans.

Imagine if she were to appear in leggings and a t-shirt and quarrel with a salesperson about a coupon. It would be front page news world-wide.

The duchess's job is to be beautiful and have babies. She's doing a great job. But almost all of the work other mothers do to take care of a home and family is done for her. Kate must have time on her hands and thoughts in her head.

But she isn't allowed to share them. As a royal, it would be improper to express an opinion on Brexit, immigration, or national health care.

As a nobody I am free to complain about anything I want. I prefer being a nobody to life in a gilded cage.

One last complaint about princess movies. They usually end with a wedding. (Rom-com problem too.) In reality, that is when stories start. The best, worst, and most important stories come later. More people should write them, read them, and film them.


p.s. I'm not anti-cartoon. I love Moana, Brave, and the lifetime romance portrayed in Up.

I hurt myself by being too active last week. This week was spent flaring and trying to drag myself back into life. So knitting is still minimal and poorly done. I hope to have something to show next week.