Monumental: How Do You Want to be Remembered?

The city park in tiny Santa Clara, Utah contains a monument to Sarah Sturtevant Leavitt, my husband's 4th great grandmother. She is one of the founding mothers of the town, sent there to settle shortly after arriving in the Salt Lake Valley in 1850.

Sarah, a descendent of Massachusetts pilgrims, spent many years searching for a religion that fit her interpretation of the Bible. At 37, she found Mormonism. The rest of her life was spent as a Mormon pioneer.

Sarah, her husband, and their 10 children left a well-developed farm in Quebec to join the main group of Mormons in Kirtland, Ohio, 800 miles by wagon. Within ten years, they moved again to Nauvoo, Illinois.

Americans in the midwest were suspicious of and hostile towards the Mormons. In 1844, the prophet Joseph Smith was murdered. In February of 1846, Mormons in Nauvoo, including the Leavitt family, were forced from their homes and fled across the Mississippi River.

Probably the worst part of the Mormon exodus was that year in Iowa preparing to go west. They were without shelter, or in tents, in late winter. Hundreds died from disease and exposure.

One of my favorite moments from Sarah's autobiography talks about the time when her family was all stricken with fever:

"We had watchers every night 'til Mary's fever left her. One morning, after the watchers had left, I looked around the room to see if all was right. Right under the chair where one of the girls had sat all night I saw something that didn't look as if it belonged in the house. I called to Thomas to come and see what it was. We found that it was a monstrous big rattlesnake coiled up on a bench and had lain there all night as harmless as a lamb. It had eight rattles. I told the boys not to kill it; it had not come as an enemy, but on a friendly visit to help the girls watch. He didn't help much, only as their companion, but they would have been just as well off without his company, not knowing of his presence. I told them to throw it off the bank and not hurt it, which they did." 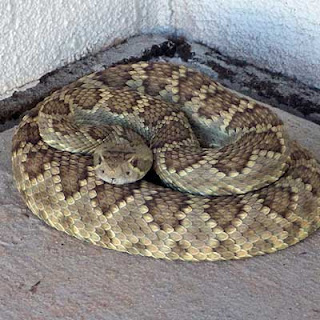 At this time, Sarah's husband Jeremiah was seeking provisions for the following winter. He died and was buried in another town. Sarah was a fifty-year-old widow,  now suffering from recurring fevers and headaches, without a home.

Her boys built a series of shelters, starting with at haystack, but moving up to a house and grocery store, while they waited and prepared for the trek west. In 1850, Sarah and six of her children crossed the plains and mountains to Salt Lake City, Utah. (One son was already there, another came two years later.)

The family were barely settled into new homes when they were called to extend the Mormon settlements. Sarah and seven of her grown children (and many grandchildren) were sent to the Santa Clara River, then called the Indian Mission, to start again. 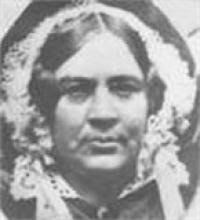 Now, when I read Sarah's  history, I see little difference between her accomplishments and those of my pioneer ancestors. One who comes to mind is Mary Jane McCleeve Meeks. She joined the Mormon church in Ireland, then walked across the plains with a handcart. At the age of sixteen, she married a doctor and moved to southern Utah where she spent the rest of her life as a midwife. She delivered hundreds of babies. Some of them were probably grandchildren or great-grandchildren of Sarah Leavitt.

The designers of her monument show a realization of this similarity. A plaque on the monument says "Let us select upon the legacy of courage, strengths, and unfailing faith of noble pioneer women, who dedicated themselves to sustaining life in the settlement of the west. This monument, honoring Sarah Sturtevant Leavitt stands as a symbol of many such women. We may pause at this place with gratitude for the heritage formed by their remarkable lives."

So why is Sarah's legacy the one honored by a monument? It has more to do with her descendants than with her. There are many Leavitt descendants in Utah. Some of them, including past governor Mike Leavitt, are wealthy and influential. They raised all the money to build the memorial and landscape around it.

It's hard to infer Sarah's complete personality from the testimony and life history she wrote at the end of life, so I have no idea if she is delighted  or feels a little embarrassed by the attention. 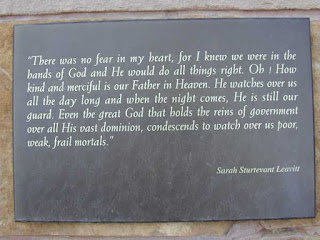 I know she was a woman of strong faith in God and in the afterlife. As such, she probably didn't worry too much about the fleeting fame of this life. Personally, I don't care if I'm not remembered beyond the lifetimes of those who know me (although my author's vanity would love it if some of my writings survive).

Accordingly, my funeral instructions are to donate my body to science. Anything science doesn't want, bury under an apple tree in the garden, or follow the advice in this TED Talk . But my guys don't listen to me now, and are unlikely to start once I'm dead.

What if I have some wealthy great-greats who want to create a memorial? Of course I won't have any say in the matter. If, as we are told, Mormons spend all of the next life hard at work, I may be too busy to care. (If I'm completely wrong, I'll never even know.) But it is interesting to think about. 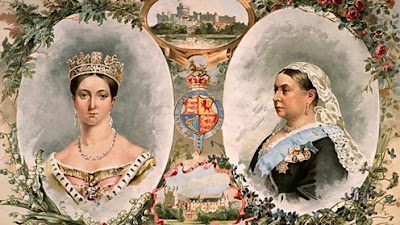 Again, my vanity takes over. What should my monument look like? Do I want it to reflect my youngest and prettiest images, or me at the height of my powers? (Do I have powers?) I would actually prefer something more abstract that reflects my personality, but my rich descendants and my descendants with a sense of humor are not statistically likely to be the same people. 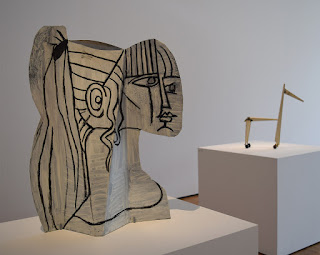 But instead of imagining a hypothetical monument to myself, it may be more useful to the world to consider some people who should have monuments.

Our European tradition leaves us with too many generals on horseback.

If we want to build a more peaceful planet, perhaps we should have more memorials to those focused on the work of peace.

Also, if we want a more equal world, gender-wise, in addition to allowing women of strength and inclination to build careers in the military, we should put more honor on people of both genders who work during war and peace to keep us fed, clothed, clean, and healthy.

(Here is a good TED talk on recognizing the accomplishments of women.)

There are people who are ahead of me on this. There were several items when I looked up "knitting statue" on Google Images. Here are three favorites:

They would make good Mothers' Day gifts too, but I would suggest taking the focus off from the kitchen in that case. 100% cotton wash cloths are great for the bath. Put them together with candles and bubblebath for a "home spa" package. The organic variation is dye-free and softer--a good choice for indulging Mom--especially if you promise uninterrupted time in the bathtub or shower. 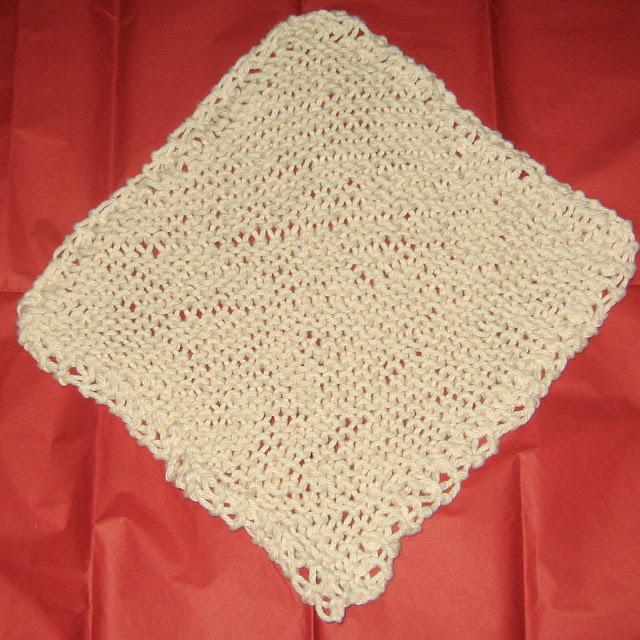