In Hiding: When is it Right to Break the Law? 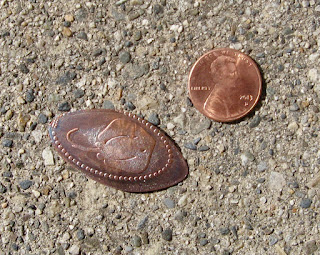 tampering with coins was treason--
a hanging crime.

Today I put a penny
(and two quarters for the privilege)
into a souvenir machine.
Crank turn, Lincoln's no more.

I felt  a thrill and chill:
One Cent of treason

Yesterday I broke the law. Maybe. As I child I always knew that it was against the law to damage coins by putting them on train tracks or into the souvenir machines at the zoo. Of course I also "knew" that if I found the right Tootsie Roll wrapper I could turn it in to 7-11 for money. 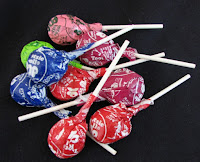 Apparently it isn't a law that anyone worries about enforcing, like the 2-5 miles an hour over the speed limit I might have driven at any given time, or sales tax online. But if I believe in being a law-abiding citizen, it shouldn't matter that I won't get caught, right?

Officially, I really believe in being law-abiding. One of our Mormon Articles of Faith states:

We believe in being subject to kings, presidents, rulers, and magistrates, in obeying, honoring, and sustaining the law.

What brought this topic to mind was not my penny desecration, but some law breaking my German Grandfather did during WWII.

The church's proclamation was written at a time when members were accused of various crimes and persecuted by state and local governments. It has been an important survival belief for small congregations of Mormons around the world ever since. We are not a threat to governments because we are good citizens. 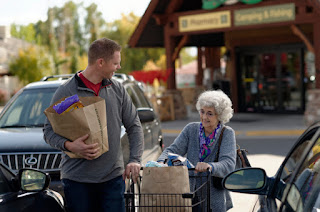 The church told German Mormons under the Nazis in Germany to be model citizens. Don't protest, obey the law, serve in the military, do nothing to draw government attention. This is why Mormons weren't sent to concentration camps with Jehovah's Witnesses, 7th Day Adventists, and other small American-founded congregations.

My grandparents, devoted to the gospel and to law-and-order in general, complied. Mostly.

Grandpa served in the Air Force in and around Hamburg. He worked as a personal aide to the general in charge there. Once he was sent on patrol to catch a deserter. When they spotted him, Grandpa was ordered to shoot. He shot in the air and intentionally missed, then lied about having sand in his eyes. 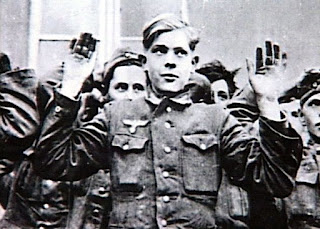 Another deserter came and knocked on Grandpa's door. He was a young Mormon kid, only 17 and still wearing a Hitler Youth uniform. His mother had given him the address and the hope that Brother Menssen would be able to help. It was too dangerous to bring this young man into the family home-- it would mean death if he was caught. Grandpa's in-laws had a little garden house across the street that was unoccupied and had a small root cellar hidden under carpet. The young man hid in that hole for the last few months of the war. Each night, Grandpa would bring him food and let him exercise for an hour before covering him up again. (The young man survived and raised a family in Salt Lake City after the war.)

Not much later,  Hamburg was to be surrendered. Troops in the city were sent to an area near the border of Denmark to make a heroic last stand. Grandpa recognized this as a pointless suicide mission and decided to desert. As he was packing, the general walked in. Grandpa had a pistol in his pocket, but decided it would be better to be shot than to shoot the general. Fortunately, the general expressed a wish that he could do the same thing and offered his car. Grandpa took a motorcycle instead and went back to his family.

Most people today wouldn't blame anyone for disobeying Nazis, but Grandpa broke more laws under the English occupation. Whenever possible he would smuggle food from the country into the city (probably illegal to control the black market?) He cut down a tree in a city park for firewood. He "stole" bricks from bombing sites to insulate and add onto his house. My dad, maybe five years old at the time, was supposed to keep watch. Grandpa usually got caught. He said, "I got arrested again," like it was no big deal. Once he was sent to a prisoner of war camp. He stuck around for a few days to observe, then hopped the fence at night and went home. 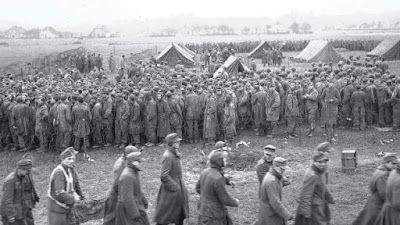 He kept a lot of friends and relatives out of those camps by forging papers stating they had be released from the military. Civilians were allowed to go straight home. If Grandpa had been caught for breaking that law, they may have held onto him tighter.

Many descendants of immigrants criticize  other immigrants by saying, "but my family came here legally." Mine did. No one who knew my upstanding American citizen grandparents would doubt it. But if walking to America with four small children had been possible, would the young Walter Menssen, who took so many risks to take care of them, have waited for paperwork? I can't be sure of that. 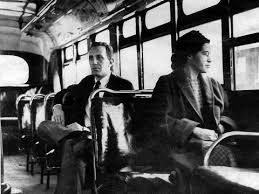 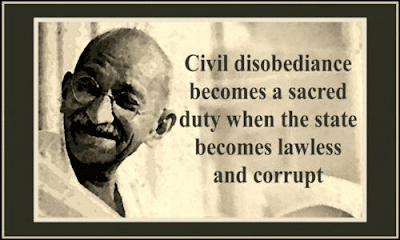 I'm not sure which conclusions to draw. I live in a very privileged community where most lawbreaking happens behind closed doors and on office computers. It is all too easy to criticize others' choices from this comfortable seat.

When is it right to break the law to feed or protect your family?

When is it right to practice civil, or even uncivil, disobedience to protect the rights of others? Some thoughts from famous people: 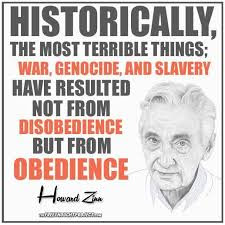 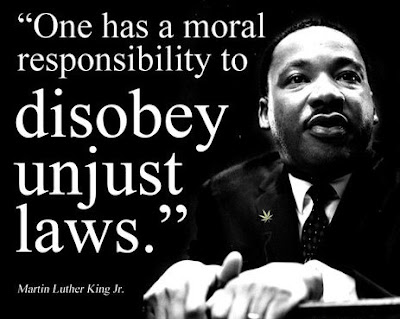 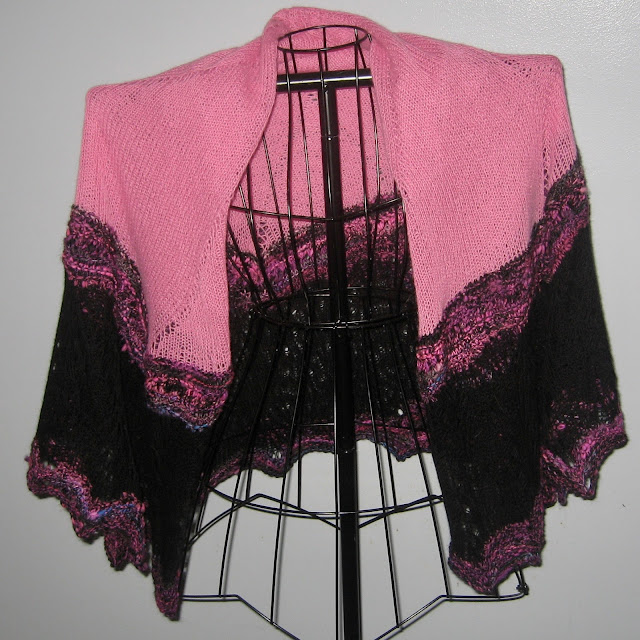 I've finished a project I'm quite unsure about. Since the solid colors are cashmere, it is deliciously soft and warm, but it's so pink.  I don't know who wants it. I'll wear it to church on Sunday and probably list it in my shop, but I'm thinking I've created a (very pink) white elephant. 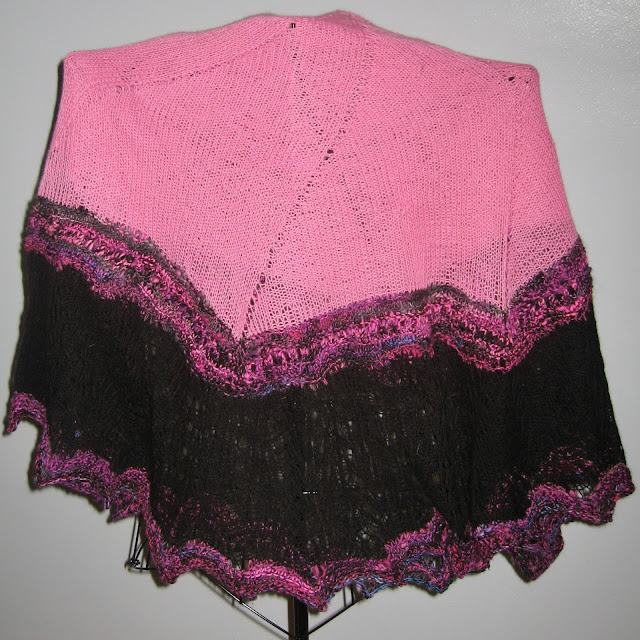