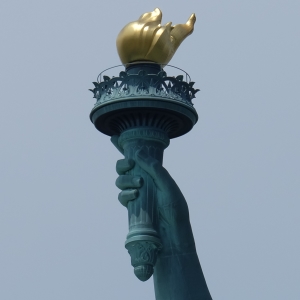 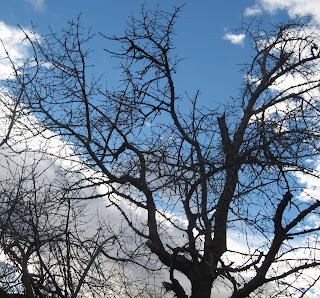 A refugee, he planted trees
on land he truly owned.
Grandpa’s branches held me
taught legs to climb,
eyes see
the world was mine.

I’ve been thinking a lot lately about my German Grandpa. He died 42 years ago, when I was in kindergarten, so I never really knew him. But for more than 25 years I have lived in the little masonry house he built. The view from my work room is dominated by two trees he planted: a blue spruce and a cherry tree.

I’m sure Grandpa would be the first to object to some poetic license in that short opening verse. He was not a refugee when he immigrated to the United States in 1949. But five years earlier, when Hamburg was bombed, my grandparents spent time as internally-displaced refugees. They were herded to farm communities tin the south, where my father was born.

As soon as sanely possible, Grandma and Grandpa and their three little children travelled back to Hamburg to reunite with friends and family. They had nothing but a rented garden plot, but were able to get a prefabricated house. Then they scavenged bricks to add another room. My dad has an early memory of floating paper boats on a bomb-crater formed pond. Cabbage grown on that little lot helped feed their (now four) children and the neighbors.

The end of the war and the first couple years after was a starving time in most of Europe. Grandpa helped feed the family by smuggling potatoes onto trains. He and a neighbor got firewood by cutting down a tree in a park, which fell across the road and blocked traffic. They somehow talked a policeman into letting them clean up the mess and take it home.

But by 1949, life was better. The Marshall Plan was in full swing. Grandpa was a machinist with a good job. Immigration was not a search for better economic conditions, it was a pilgrimage. Religion drew my family from Germany to Utah. 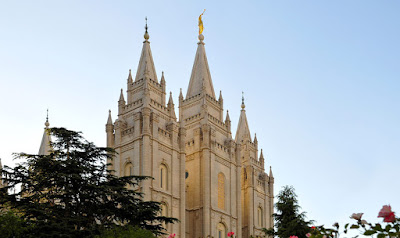 We are Mormons. One of the most precious goals of all Mormon families is to attend a temple and be sealed together for eternity. There were no temples in Germany. (The first one, in Frieberg, was dedicated in 1985.) If My Grandparents had known there would be a temple in Switzerland in 1955, they might have stayed in Europe.

Most Utah Mormons have family stories of ancestors who gave up everything to escape persecution in the eastern U.S. These pioneers walked across the plains to a desert no one else wanted and tried to build their own promised land.

I have these stories too, on my Mom’s side, but our family also counts our German grandparents as pioneers. Here is a poem I wrote several years ago about that journey. In this case I focused on my dad. 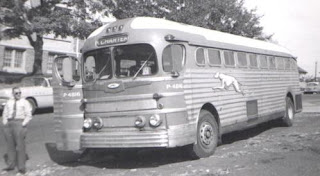 my dad crossed the plains
on a Greyhound bus

My dad is a quiet person who would rather not stand out, so the foreignness of his name has always been a burden to him. That burden of  otherness, like an unmistakable accent, was something Grandma struggled with as well.

But I'm not sure Grandpa did. He was an extrovert, a charmer, who loved to talk to people. He won over the farmers who had to shelter them as refugees. He talked his way out of trouble with policemen when stealing bricks and firewood. Grandpa won the trust of a German air force colonel who helped him stay out of combat and close to his family (and later allowed him to desert). Those same social skills quickly endeared him to people in Utah. 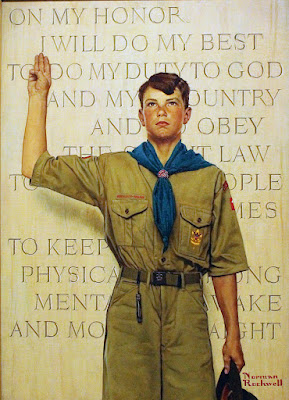 There is nothing Grandpa wanted more than to be a real American. One of my neighbors recently told me that Grandpa was the person in our neighborhood who helped boy scouts earn their citizenship merit badges. Grandpa was an Eagle Scout.  He had recently become an official American citizen so he had all the facts, but more importantly, he had the burning patriotism perhaps reserved for immigrants and military families—people who never really have the option of taking freedom for granted.

The kids all became as American as possible—forgetting German as quickly as they learned English. Integration was the goal, not bilingualism or ethnic pride. Three more children were born after my grandparents arrived in Utah. With very few exceptions, most of us know only enough German to fake our way through “Stille Nacht” on Christmas Eve.

Grandpa never went back to Germany. He never expressed a desire to. But there had to be things he missed.

In his youth, he was obsessed with football (soccer in America), which didn't really exist in Utah in the 50s. Softball was the game in our small community of Granite. The Menssens played softball together as a family on Sunday afternoons.
The boys played in the church league and Grandpa often volunteered as umpire. His accent made him famous for rumbling rolled Rs when calling strikes. The family remains sports-obsessed, but I wonder if Grandpa missed his first sports love. 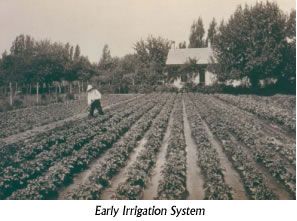 Germany is green. Watering the garden was never an issue there. It is everything here. Going from a 600 square foot lot to three acres was amazing, but it was three acres of cheat grass--one of the few things that will grow without intentional watering. Today we have irrigation water in pipes and sprinklers. But well after Grandpa passed away, irrigation was still done the old-fashioned way, with pumps and ditches and lots of labor to make sure water went where it should. Irrigation turns were scheduled around the clock. Irrigation was the only reason my grandparents would break the sabbath with garden work. Water was too precious not to. Did he miss Hamburg rain during starlit water turns?

Grandpa was a storyteller, but not a writer. All we have are a few precious pages at the end of a history Grandma composed. And those pages only tell about his life up until marriage. I know there is much more of his story to be found. I'm hoping this blog will circle around the family a bit and bring me some more stories. 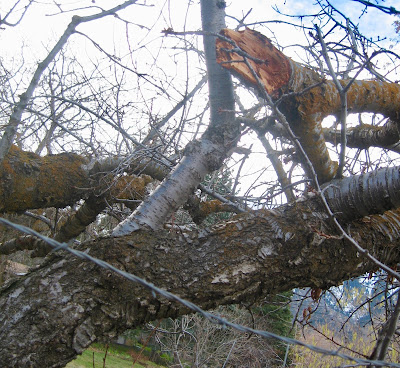 Grandpa’s cherry tree is slowly dying. Fruit trees are not long-lived. Fifteen years ago, a big wind blew off almost half of it. It survived, but large sections break off or die every year. It’s a living reminder of my need to translate my feelings and heritage into words, so I can pass along the legacy.

I'm still under the weather, so no newly finished knitting to show off, but if you are searching for the right St. Patrick's Day gift, it's in my shop. 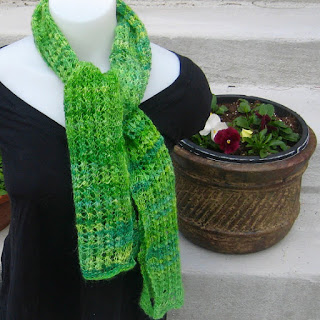