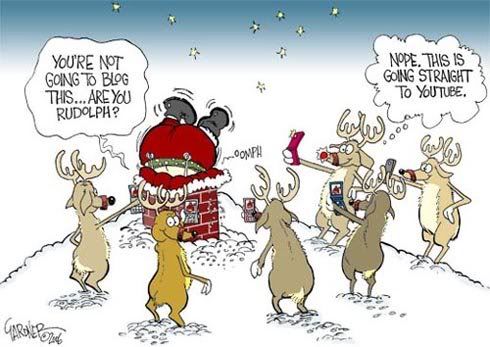 So, I pointed out last week that I'm not Santa's number one fan. I'm pretty sure I got my attitude from my mom. She grew up in a small town where everyone ran around on Christmas afternoon checking out each other's presents. This comparison was tough for poor kids who got less. When you are poor, you understand that your parents earn less money, but it has to be hard to figure out why Santa Claus brings more presents to the rich kids.

Santa came to my house growing up, but nobody went out of their way to be convincing about it. No one walked on the roof or left reindeer footprints on the lawn. Apparently, at three I asked Mom if she and Dad were really Santa and she didn't lie. I remember being aware that our lack of chimneys was a potential problem, but I was probably preparing tales for younger siblings.

Even though I was lucky enough to raise kids in a house with a chimney I was intentionally unconvincing. Santa and I used the same wrapping paper and had the same handwriting. By early elementary school, most kids stop believing anyway.


Adding in the German tradition of St Nicholas Day compounded confusion. Once a year, on the evening of December 5th, my husband and I would argue over whether Santa used a donkey or reindeer. The important lesson my sons learned from all this is that their parents are pretty silly.

But no one objects to an early infusion of Christmas candy. Putting carrots into our shoes for the donkey only happened a few times, but I still give everyone a treat for Saint Nicholas Day.

I never introduced the negative consequences. For Saint Nicholas Day, that would be the very problematic "Black Peter"-- Santa's slave who beats bad kids with a stick.

But good old American Santa's naughty and nice lists aren't great either. I'm sure every kid knows really bad kids who get everything they want. Besides, what kind of parent is going to fulfill the threat of no Christmas?


My kids were just old enough to miss all the Elf on the Shelf madness.  I knew about kids finding him in a new place every day. I was glad not to have to figure that out while working full time. 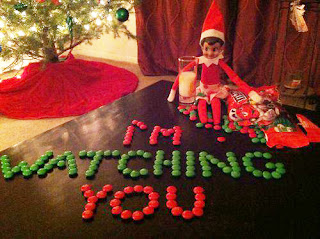 So it was only last year that I was horrified to learn that Herbie is there to narc on kids to Santa. The only good I can see in that, is for a parent to be able to direct whichever kid is in the tattletale stage to just tell it to the elf.

I do appreciate the gift-giving aspect of Santa Claus, which brings us to

I am officially done with my Christmas knitting. But I have taken on a commission through my Etsy Shop to make a hat in time for Christmas.

I'm also actively working on charity knitting. I'll turn in three hats and a baby blanket tomorrow. I also have yarn for projects for my mother and my son, so there is plenty to do.

The sun shone for a few minutes this afternoon so I went outside with my dog, my camera, and three hats that needed photographing. All of them will be in my shop shortly.

HOW I AM DOING

It depends on the minute. Still need to set an appointment with my doctor to adjust medications.

I still feel like there are things that I need to do right away, but have no idea what those things are. Learning to live slowly is taking time.