Access, Sheep, and Fat Food at the Utah State Fair

You know how you start to notice other people’s shoes when you are thinking about buying a new pair? I often catch myself staring at people in wheel chairs, not just because I lack manners but because I’m shopping.

Right now I walk without a limp, but there have been years when I needed a cane to get outside for a fire drill. Just two or three years ago, I often shook so bad when I was tired that I used the furniture in my classroom to stay upright.

Rheumatoid Arthritis is a degenerative disease, which by definition is a disease that gets worse rather than better. If I had first gotten ill twenty years ago, I would probably need joint replacements by now. Modern miracle drugs have kept my joints and bones from disintegrating. But it’s hard to predict the future. I like to be prepared.

So when we went to the fair on Monday, I was on the alert for accessibility issues. Parking was a concern. We went into the back parking lot, which was gravel and a good distance from the fairground entrance. There were “handicapped” spots, but they were just another patch of gravel. If I was in a wheelchair, I’d choose the main front lot.

Inside the fairgrounds, all is well. Walkways are wide. Everything is paved. I thought the three flights of stairs to the photography exhibit would be a problem,  but I eventually spotted the elevator. There are bored volunteers at the front of each building that would have been happy to point the way. 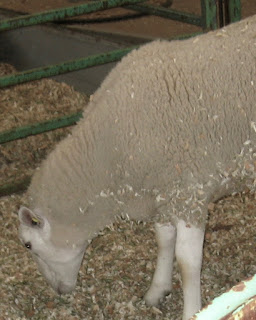 As soon as the fair passed the accessibility test, I was free to look at the sheep. They were in the sheep barn, 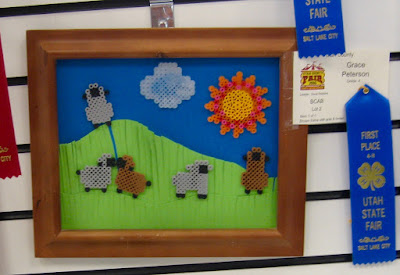 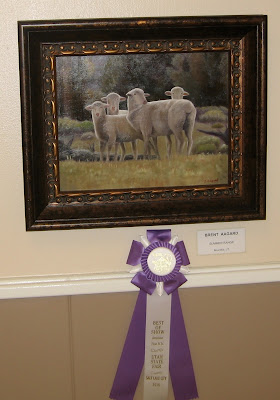 in the 4-H building,

in the fine arts exhibition,

and in the baby animal barn.

One farmer had a baby Icelandic sheep that looks like this one, 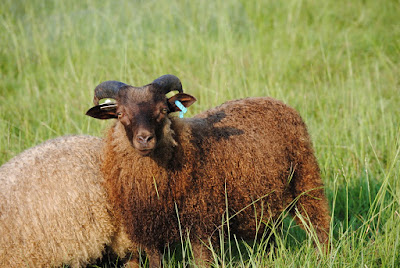 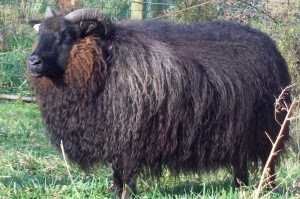 My husband is too unreasonable to buy me one, so far. 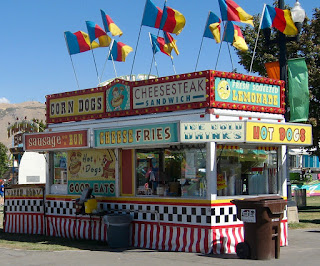 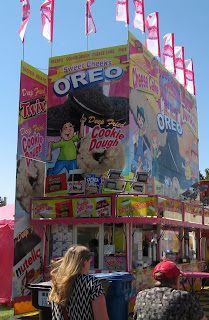 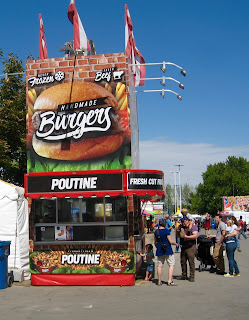 Thankfully, he also didn’t buy me any of the food there. Not that I wanted any.

It probably helps that I have never had poutine, funnel cake, or deep fried Oreos, so I haven’t developed those cravings. 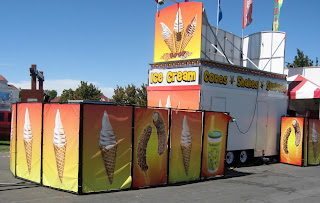 I’m trying to eat healthy and saw little there that fit that description. Most tempting were the slushy stands, because it was hot outside.

There was Korean BBQ in a cup, corn on the cob on a stick, and an actual sit-down Mexican restaurant.

If we were stuck at the fair, we could have found something healthier than the food we picked up on the way home—McDonalds. My guys like food to be predictable. I can at least eat the last semi-healthy item on the menu—the Southwest Salad. 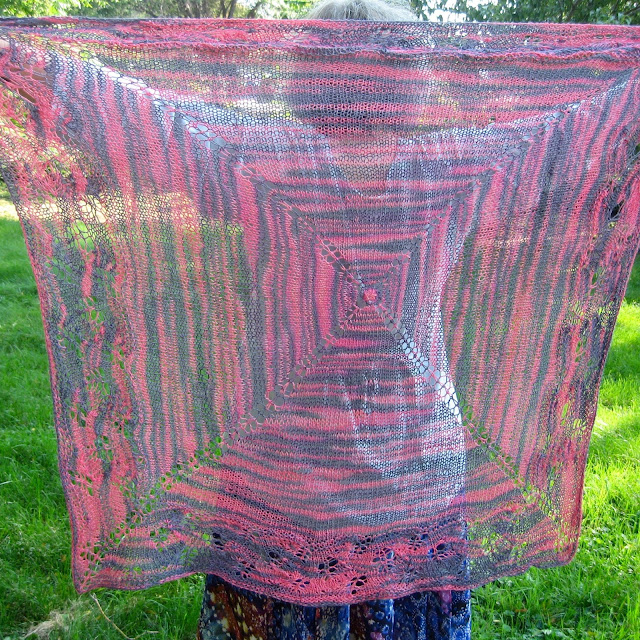 I finally found the right form for my funky pink and grey flax/cotton blend. I love the yarn, but everything I’ve tried just hasn’t been right. This is the first square shawl I’ve knitted. it can be worn folded in a triangle or rectangle. The fabric is light and crisp for warm weather and will soften with wear. It is available in my shop.

I’ll be knitting another square with my homespun next week. I also need to get serious about Christmas knit and crochet.

I’m still working on the orangish sweater too. It needs one more sleeve and to be completely sewn together. It is strange enough to be mine, so I plan to keep it. 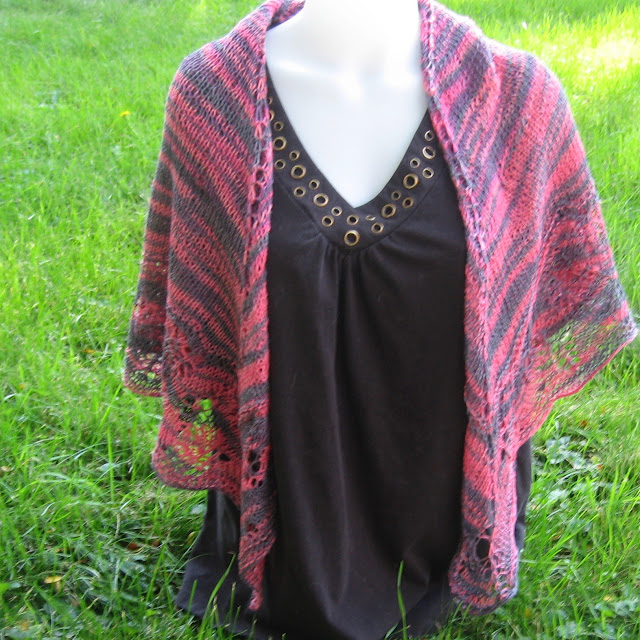 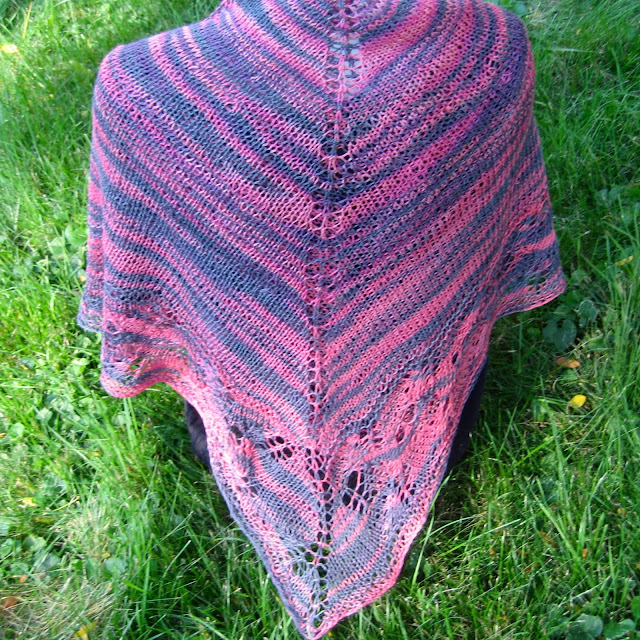 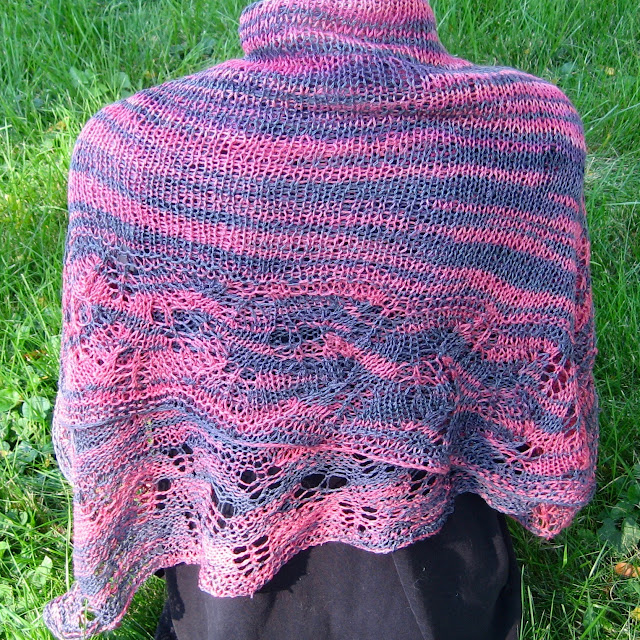 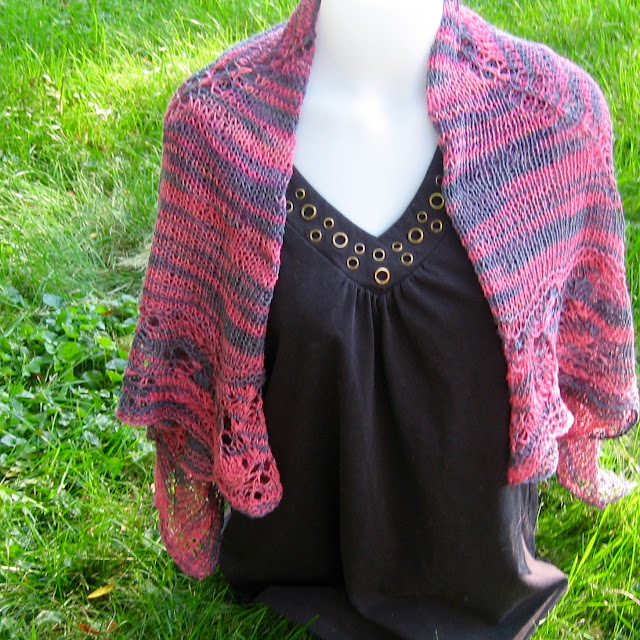 (Update on us--My husband’s vice president announced that on September 28 they would know who still has a job. No stress there.

The next step in this disability journey is waiting for health insurance to pass between companies. I'm supposed to pay for things out of pocket for now and be refunded later. Right. I don't want to know what my drugs cost out of pocket. I expect to spend Monday on the phone making sure I’m clearly covered.)