What if: Robert Frost,the Multiverse, and RA triggers 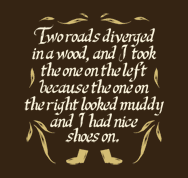 After a month of not quite functioning, I felt good enough to swim. It was delightful. Of course, my body is punishing me now.

Mentally I’m still scattered. I talk to myself constantly to remember what I’m doing. When I pray, I can't remember if I said amen before my mind whirled off to another topic. I’ve tried to write poetry, but it’s not working . Notebooks and computers are littered with abandoned ideas,  like blown out matches that burned bright for a second, but failed to ignite anything greater.

Though I can’t recall if I took my meds, my mind still retains poetry. I have more than a dozen that I memorized with my classes and can still pull up without effort. I decided to exercise the part of my brain that still works by learning a new poem. 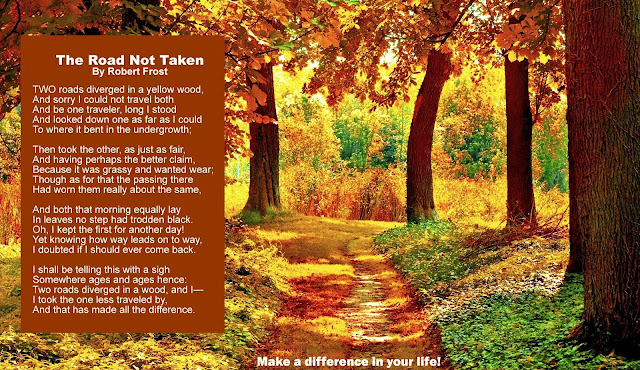 Robert Frost’s “The Road Not Taken” reached out to me. One of my pattern books has a “Road Less Taken” scarf that I like. 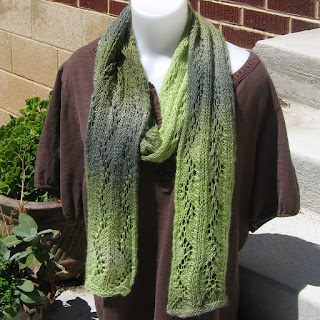 Plus I listened to an interview KUER’s  Radio West http://radiowest.kuer.org/post/road-not-taken  with David Orr, who wrote a book about the poem.


Orr pointed out that since the title is “The Road Not Taken," the poem is about options we didn’t choose. Things that make us wonder “with a sigh, someday ages and ages hence,” what if I had taken another road?

What if . . ..
I think most of us have imagined alternate lives. For example, both my husband and I have mental pictures of how our single, separate lives would have been.

My man would live in a modern, minimalist home—no clutter, cutting edge technology. Without the financial responsibility of a family, he would have freedom to find a job both intellectually stimulating and focused on the greater good. I would live down town in a cluttered and colorful apartment and spend my money on season tickets to theaters and the symphony. I’d travel the world every summer.Obviously both of us chose a different road, together.
I've always tried to map my future roads. In middle school I was fascinated by genetics, but I worried about the moral responsibility of tinkering with DNA. I also believed that any career should be a plan B. Plan A was to stay home and raise kids.

But I noticed that teachers and nurses seem exempt from criticism of working mothers. So I decided to teach science. I had no clue about the moral responsibility of teaching--striving to meet individual academic and emotional needs of 150 diverse adolescents.

By high school, lifelong love of reading and writing made English my favorite class, so I was unsure which topic I would major in. I planned to minor in my second choice and maybe teach both. 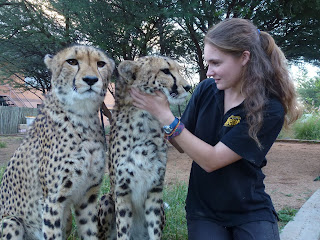 During two high school summers, 4-H Conservation Camp in Logan Canyon sparked an interest in wildlife biology. Stories of people sleeping in tents for months at a time while counting bears sounded great to me. But I was already in love with a city boy and I didn't think I could raise kids out in the woods.

Math sealed my fate. Or lack of math. Although I passed college algebra and trig with good grades, I didn't understand any of it. Calculus terrified me. 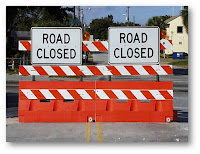 To major or minor in science, needed calculus or statistics. English required a 300 level foreign language class. Three years of German seemed better than one semester of math. I chose the English teacher road.

According to one physics theory, I may be traveling all of these roads simultaneously. In the multiverse, (as interpreted by sci-fi writers) a new universe exists for each decision. So there would be an alternate me teaching science, one running around in the woods, and one with season tickets to the opera. 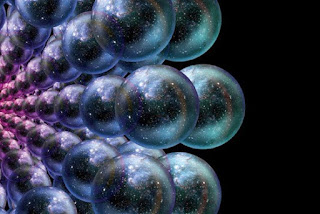 But as fun as the multiverse seems for  movie plots, I have a hard time accepting it as reality. We make too many decisions every day. My world view doesn’t allow for three more versions of me based on what I choose for breakfast.

My biggest “what if” is if I could have taken a road that would bypass RA. No one really knows what causes it. The theory is heredity, plus a trigger. Heredity I’ve got—aunts on both sides of the family, at least one cousin, my little sister. But the trigger is trickier.

Right before I got sick, I ran a half marathon that I was not at all prepared for. I never recovered. So was that exertion my trigger, or a coincidence? It wasn’t a trigger for anyone else in my family. Lifestyle doesn't seem to be the answer either. My sister, cousin, and I were all raising little kids. But my aunts had grown children when they were diagnosed. I taught full time; my sister stayed home with her kids.

Years ago, I listened to a radio interview with a rheumatologist. He explained the heredity plus trigger theory. Several times he mentioned smoking as a trigger, but gave no other example. No one in my family smokes. But I looked out the window at a smoggy January sky and wondered if we had all grown up breathing our trigger. 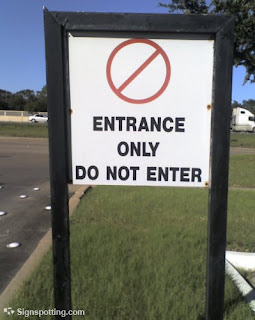 The “what if” road I try not to dwell on is the one without RA. On that road, retirement, finances, and travel would go exactly as hoped for. But I can’t get there from here.

Of course, I knit the “Road Less Traveled” scarf. You may recognize the yarn from the sweater I made earlier. You will see more of this green in the future. 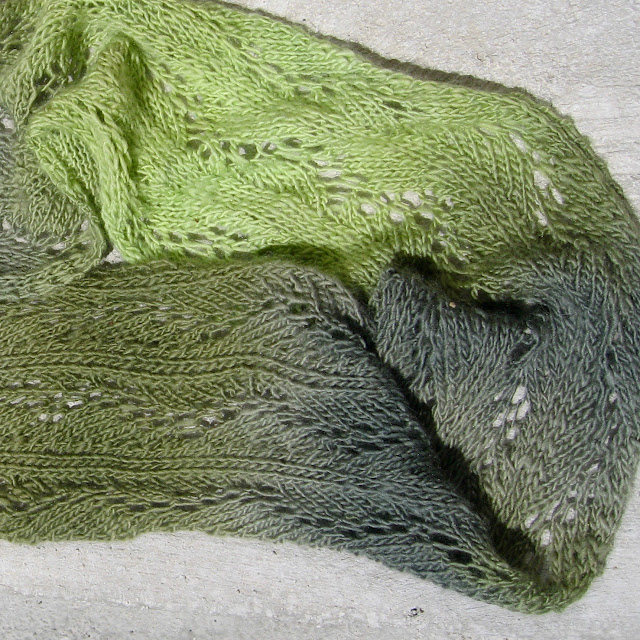 I love the color and am happy with the result, but there was some frustration in the process. The lace repeat was easily memorized, but went wrong whenever I stopped paying strict attention. When I made mistakes, I had to unravel a few rows and knit them again. I knit and unraveled and reknit until the scarf grew to six feet long. Now it is finished and pretty, and in my shop.

I also knit a sweater for myself. The yarn is a cotton/linen blend which you will also see again. I’ve been knitting  pieces of it off and on since May. I rarely have only one project going. But this time I have no idea what I’m going to knit (or write about) next. 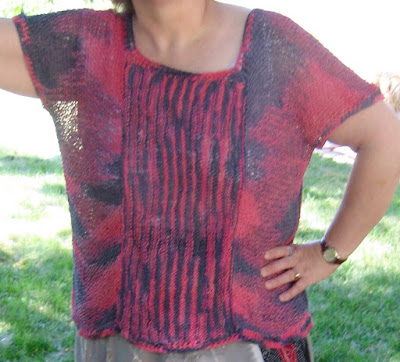