Sink or Swim: Riding the Waves of Education Reform 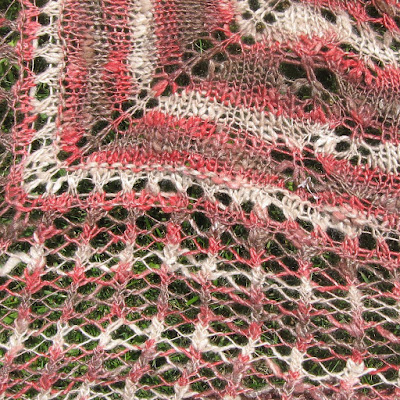 Education has always been subject to trends and fads. It has also always been described as being in one type of crisis or another. And experts, often far from classroom situations, always  jump in to solve the crisis.

I grew up with the joke that Utah is always 10 years, 2 hours, and fifteen minutes behind. Education is definitely an exception to that. Utah educators read books about education and national trends sweep us at about the same speed as the rest of the country. No one wants to be behind or deprive our kids of any opportunity, so we implement the latest research.

Unfortunately, education reform tends to be “one size fits all,” so some trends are better for some teachers and students than others. The following is my viewpoint of teaching during a tsunami of change.

In fact, my first paid teaching gig gave me too much freedom. Alta High School, the second half of the year, College Prep English for seniors. I was given two shared classrooms, a key to the book room, and a kind mentor who taught another subject in a different part of the building. I was never told what to do, but I must have done it wrong because in spite of passing two evaluations, they didn’t keep me.

Luckily I fell into the arms of Union Middle School. I had a mentor teaching the same subject across the hall, a culture of sharing, and a written guideline of topics I needed to teach and novels I could use. I was free within parameters. There was a state core long before common core, but it was written by lovers of language and literature rather than businessmen.

There was also time. All seventh graders had English and reading every day, most with the same teacher. Reading was for literature, vocabulary, and reading strategies. English was for grammar, usage, and writing. We had spelling in one of those as well. I had the same kids for an hour and a half, only three groups of kids to know and love. (That’s 75 instead of 150.) Even with small children at home, I had time to read what they wrote and really get to know the kids.

Our freedoms started to gradually erode once we became part of a new district and the state decided to adopt Common Core. But it didn’t seem bad at first. English and reading were split apart so most of us only taught one class or the other. We had reading specialists who gave us helpful strategies that should be taught in all classes, but they also counseled that we really shouldn’t read whole novels in our classes. Eventually we lost Reading altogether. It became a specialty class of structured training for kids who were behind. Kids who read near or above grade level didn’t take reading at all.

We decided to start working with the core early, to get a jump on things. That gave me the opportunity to completely revamp the seventh grade curriculum. The Gates Foundation Maps were our starting point and they looked fantastic. There was so much literature listed that I could keep the same kids in seventh grade for several years. The skills part sounded good too. I dreamed of the day kids who had come through this training would arrive in class already knowing the skills listed in the previous grades. It never happened.

We had several years of teaching the core when no test had been developed yet. Then Utah decided to make its own test, but that took a couple more years and gave us a couple more years of autonomy. Once we saw the test, were told it would be part of our school’s “grade” and eventually our own evaluations as teachers. We had to teach for the test.

Test scores became the top priority of the district. Pressure to raise scores came from the top and landed hard on us at the bottom. More and more, we were told what to teach and how to teach it. Inservice was no longer about giving us more tools to choose from. Instead we were told exactly which tools to use.

Teaching has always been comparable to juggling cats. The challenge for teachers today is to use all the prescribed tools to insert the prescribed skills into kids who aren’t at that level yet. The specific language arts challenge is to teach informational and argumentative writing over and over without making it joyless for teachers and students. Now teachers have to juggle cats while roller skating. 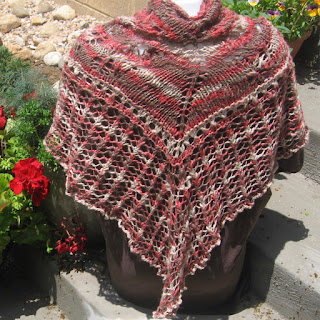 Pressures started to mount at about the same time as my brain stopped working right. I was confused, and therefore very angry about everything we were being asked to do. It was too hard. It took me a long time to admit that I couldn’t do it.

Fortunately, I have many  peers who are fulfilling the demands with grace and pizzaz  But even the youngest of them are so, so tired.

Change is coming. Parents in our district and state are rebelling against Big Testing. The governor is considering dropping the core. The pendulum is swinging back. Or maybe sideways. Pendulums are not a good metaphor with something as changeable as education. I hope my colleagues survive long enough to be able to use their amazing skills to teach kids to love learning in a less pressured environment.

With my cognitive difficulties, I’m having a hard time following lace patterns. But that doesn’t keep me from knitting lace. I knit like I used to teach, with a lot of improvisation and change as I go along.  A book called Crazy Lace by Myra Wood gives me guidance on what I need to do to reach the required shape and a variety of stitch patterns to choose from. I knit this  shawl by making it up as I went along. Being able to improvise is a good life skill for anyone.

Of course this shawl, and the other items pictured below are available in my shop. 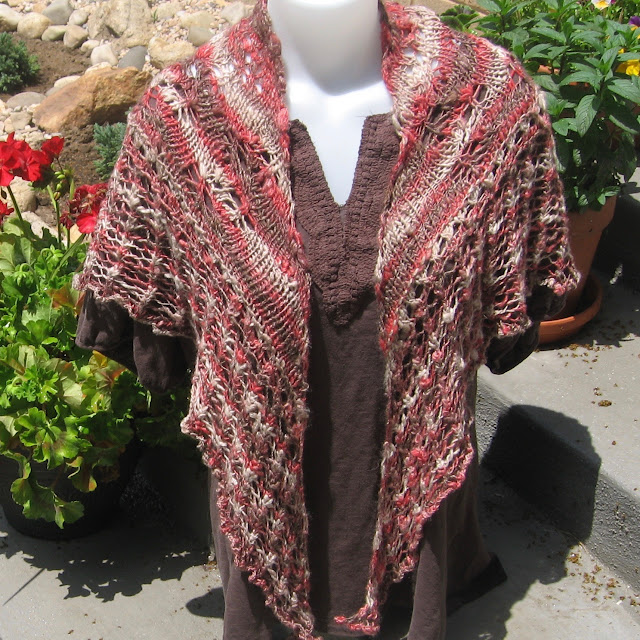 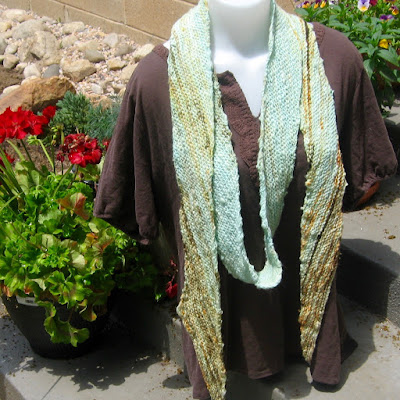 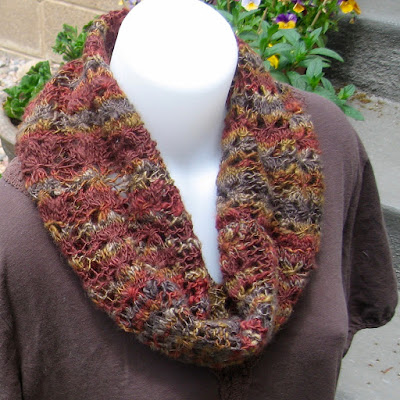 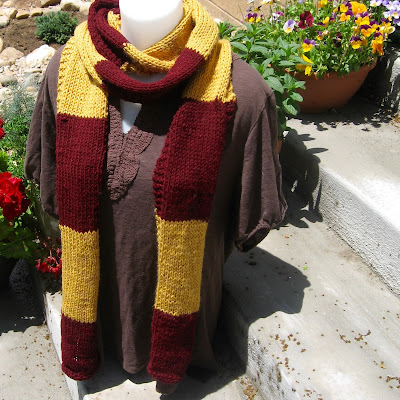