Rescue Me: Reading about Survival

(I reserved this short topic for when I had "one of those weeks." This has been another one.) 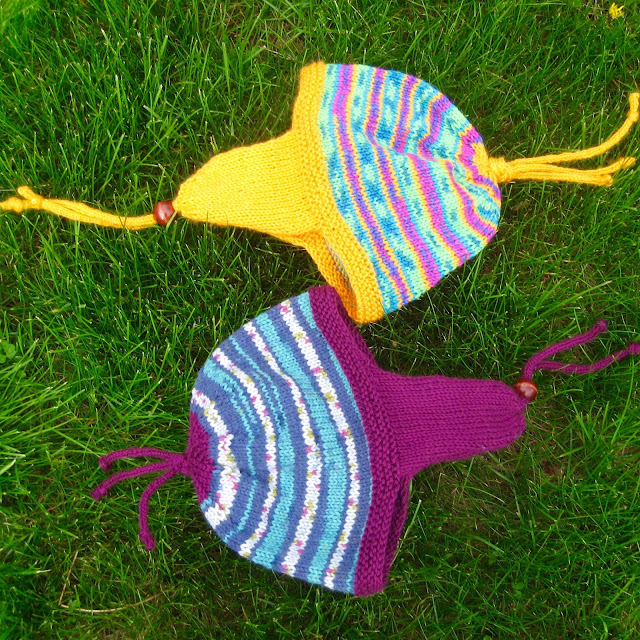 The Musing:
There has been a pattern in my reading these past two or three years. I have read very few novels, outside of reading for work, with one notable exception. I reread Moby Dick. I do that whenever I feel like I’ve lost my bearings. I think that was my fifth reading. It’s not the plot. There is something about the narrator’s rambling philosophizing that calms and centers me. (Yes, the scriptures should do that, but there is no guilt when I disagree with Herman Melville.)

Most of the books I have read have been non-fiction accounts of disasters and survival. It started as “travel” reading about parts of the world that I’m never likely to see, but that quickly turned darker. It took me about a year to notice the pattern. That was well into first year that teaching seemed impossible all of the time instead of once in awhile. By year two of trying to survive my career, I realized I was reading about people facing real life and death struggles either to learn from their experiences or keep my own in perspective. My recent reads can certainly be divided into three categories: knitting, illness, and survival (or failure to survive.)

I’m sharing my reading list with you because these are really good books. They've taught me about geography, history, and courage.

Knit for Health and Wellness: How to knit a flexible mind and more . . . by Betsan Corkhill 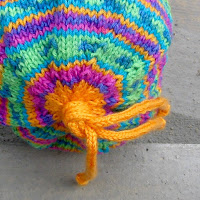 Out of Joint: A Private and Public Story of Arthritis by Mary Felstiner (This was read more than two years ago, but it is the best of many illness memoirs.)
Cognitive Behavioural Therapy For Dummies by Rhena Branch and Rob Wilson (Every time I try to read about treating depression without drugs I want to punch the author. I’m sure that’s a healthy sign.)
So Young: A Life Lived With Rheumatoid Arthritis by Daniel P. Malito
7 Facets: A Meditation on Pain by Lene Anderson (a favorite blogger)
Funny How it Hurts by Donna Barton (doggerel poetry—not my style)

Survival Books:
The Indifferent Stars Above: the Harrowing Saga of a Donner Party Bride by Daniel James Brown
To the Moon and Timbuktu: a Trek Through the Heart of Africa  by Nina Sovich
Ranger Confidential: Living, Working, and Dying in the National Parks by Andrea Lankford
Dead Wake by Erik Larson
Isaac’s Storm by Eric Larson
Thunderstruck by Erik Larson
In Praise of Savagery: A Journey to the Heart of Africa, via Harlow by Warwick Cairns
Lawrence IN Arabia by Scott Anderson
Frozen in Time by Mitchell Zuckoff
So Rugged and Mountainous: Blazing the Trails to Oregon and California 1812-1848 by Will Bagley
Island of the Lost: Shipwrecked at the Edge of the World by Joan Druett
In the Heart of the Sea: the Tragedy of the Whaleship Essex by Nathaniel Philbrick (Even better than the pretty-good movie)
Astoria by Peter Stark
Frozen in Time: an Epic story of Survival and a Modern Quest for Lost Heroes of World War II by Mitchell Zuckoff
Jacksonland: President Andrew Jackson, Cherokee Chief John Ross, and a Great American Land Grab by Steve Inskeep
The First Days of School: How to be an Effective Teacher by Harry and Rosemary Wong (Good stuff, but I had to stop reading  because it was giving me panic attacks.)
With Golden Visions Bright Before Them: Trails to the Mining West by Will Bagley
Endurance: Shackleton’s Incredible Voyage by Alfred Lansing
Last Man Off: A True Story of Disaster and Survival on the Antarctic Seas by Matt Lewis
81 Days Below Zero: The Incredible Survival of a World War II Pilot in Alaska’s FrozenWilderness by Brian Murphy
438 Days: An Extraordinary True Story of Survival at Sea by Jonathan Frank
In Search of Robinson Crusoe by Tim Severin 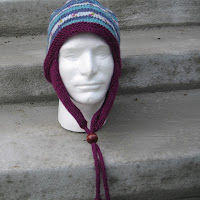 Flood path by Jon Wilkman
Denali’s Howl by Andy Hall
Fatal North: Murder and Survival on the First North Pole Expedition by Bruce Henderson
Eruption: the Untold Story of Mount St. Helens by Steve Olson
Johnstown Flood by David McCullough
Alone on the Ice  by David Roberts
H is for Hawk by Helen Macdonald
Swimming to Antarctica by Lynne Cox (Inspired me to swim again—in a warm indoor pool)
In the Wake of Madness: the Murderous Voyage of the Whaleship Sharon by Joan Druet
Ada Blackjack: a True Story of Survival in the Arctic by Jennifer Niven
The Lost Men: The Harrowing Saga of Shackleton’s Ross Sea Party by Kelly Tyler-Lewis

Now that I’ve failed to survive my career, I don’t know if I’ll stay with survival stories (There are always more and Amazon’s got my number.) or go back to novels. I suspect survival will continue to be a theme until I’ve settled into my new life. As an experiment, I read a couple of sci-fi books this week that were fun, but not meaty enough to be satisfying. In theory, I have a lot of time to read now, so maybe I can eventually enjoy a more rounded literary diet.

The Knitting:
One thing I realized while reading is that the wilderness most of us experience is not all that wild. Survival usually depends on staying warm and avoiding falls while waiting for people to realize you are lost and alert search and rescue. These hats were designed with rescue planes or helicopters in mind. Colors and patterns that are not part of nature attract attention. The maroon, though less bright than the orange, would still be effective in the mountains and maybe more effective for someone on a winter hike in our red rock country.

I designed the shape of these hats for me, with nothing that will bind and feel tight. (With fibromyalgia, I am sometimes claustrophobic in my own skin and can’t stand to wear anything as tight as a watch.) They would count as adult large. There is plenty of room for lots of hair. The beaded fastening at the chin makes it easy to slide off the hat and wear it around my neck if I want to feel the rain or the sun. Both the hats and the pattern are available from my shop. 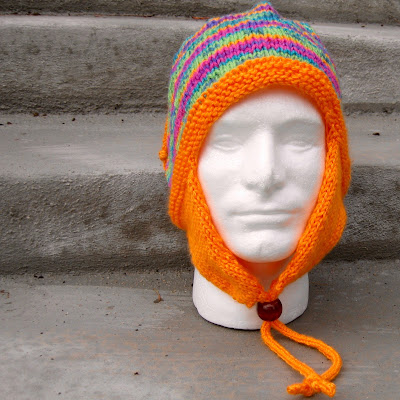